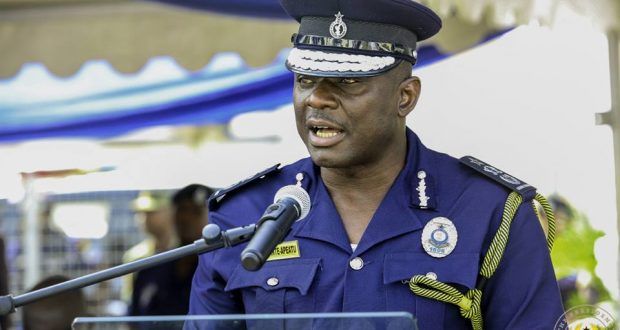 The Minority in Parliament say they will file a motion for the Inspector General of Police, IGP, David Asante-Apeatu to appear before the house, to answer questions on the kidnapping of some three girls in Takoradi.

Minority Leader, Haruna Iddrisu, said when the House resumes from recess, he will file a motion to effect same.

“The matter of the kidnapped girls is a matter of national importance and next time we come, we will file a motion to compel the Inspector General of Police through the Ministry for the Interior, to report to this house what steps have been taken to secure these children,” the Tamale South MP said in an interview with Joy FM.

The legislator said they want answers different from the rhetoric that has dominated press conferences by the police.

Families of victims call off the planned demo

Families of the three takoradi kidnapped girls have called off their planned demonstration which was scheduled for April 2, 2019.

According to the spokesperson of the families, Michael Hayford Grant their decision to call off the demonstration is as a result of assurances given to them by Child Rights International and the Ghana Police on finding the girls.

The decision also comes on the back of the appointment of liaison officers to facilitate communications between the families and the police.

“We planned to have a demonstration but that has been suspended because Child Rights are working hard to help us in collaboration with the Ghana Police Service to help us get our lovely sisters back,” he told Citi News.

The families had planned to storm the Police headquarters today May 2, 2019.