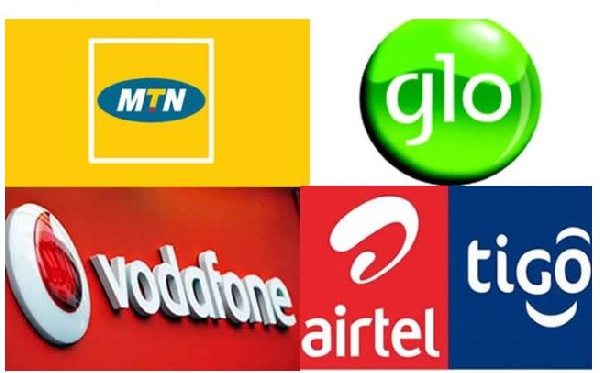 The Ghana Chamber of Telecommunications in a statement has rebutted claims by Communications Minister, Ursula Owusu-Ekuful, that they under-declared taxes to the tune of GH¢1.5 billion.

Mrs Owusu-Ekuful told Parliament on August 7, 2020, that Ghana has made savings of GH¢1.5 billion in under-declared taxes in the telecommunications sector since the implementation of the Common Platform (CP) managed by Kelni GVG.

She was speaking after the Speaker issued a 48-hour ultimatum for her to appear and answer questions on the situation concerning the Kelni GVG deal.

However Chief Executive Officer of the chamber, Dr Ing Kenneth Ashigbey in a statement dismissed the claims and said the mobile industry is deeply concerned about what it calls the “continuous recurrence” of these claims and the fact that standard audit principles and practice that characterise the Chamber’s members dealings with regulators continue to be breached.

He pointed out that network operators have over the years shown an “exemplary record of tax compliance as well as delivering on all their tax obligations.”

The Ghana Chamber of Telecommunications wishes to respond to ongoing media discussions relating to answers provided to a question in Parliament by the Hon. Minister of Communications, on the Common Platform (CP).

The content of the answer given is almost similar to the earlier press conference held on the 14th of November 2019.

An estimated amount of GHS 300 million in taxes was saved between Q1 of 2017 to date as a result of the announcement of the implementation of the CP on March 8th, 2017 and its actual implementation date”.

We wish to once again, state that these claims although potential and estimated have not been brought to the attention of our members and on the contrary, the ongoing working relationship between the Ghana Revenue Authority (GRA), National Communications Authority (NCA) and/or their technical partner KelniGVG regarding the Common Platform does not support these allegations.

The mobile industry is deeply concerned about the continuous recurrence of these claims, and the fact that standard audit principles and practice that characterize our members dealings with regulators continue to be breached.

Any revenue assurance best practice will expect that such findings, if indeed were the case will be shared with our members for their response and reconciliation before onward engagement with external parties and the media.

We have requested since the 19th of November 2019, that this very report detailing these alleged tax misconducts as being espoused by the Ministry be brought to our urgent attention, but this request has not been met till date and our engagements with the Ministry and Regulators over the last nine months has never contained such an agenda for discussion.

Financial reporting procedures within the telecoms industry are rigorous, and these include regular audits by the GRA as well as periodic ones by the NCA.

These are in addition to assessments performed by blue- chip external auditors with world-class reputations as done in other sectors.

The fraud in question, SIMBOXING (bypass fraud) negatively impacts the network operators and the State, both losing $0.13 and $0.06 respectively for every minute of international calls which bypasses the legitimate international gateways which our members have paid for to operate.

We have been working prior to the CP and now with the regulator to minimize the incidence if not eliminate them completely.

To this end, we are humbly entreating the Government to engage with our members and all other industry players on serious reputational issues such as these before conclusions are drawn and same circulated with the public.

We also will seek audience with Parliament through the Select Committee on Communications in the ensuing days to engage them adequately in addressing these allegations which have serious reputational effects on our businesses both in and out of Ghana.

We reiterate that the effect of no-consultations on serious assertions such as these, is dire to the growth of the mobile industry as it hurts investor confidence and lowers the entire image of the industry before the
general public.