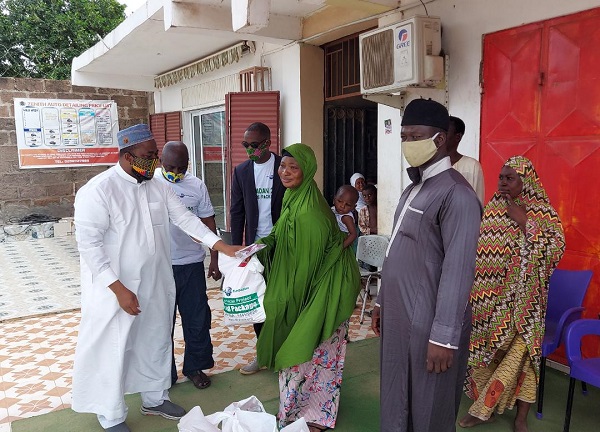 As part of efforts to alleviate the plight of some residents in Moslem communities especially the vulnerable during the month of Ramadan, the light foundation has donated food packages to some communities in the Greater Accra region.

The items worth over GhC7,000.00 included bags of rice, oil, sugar, canned fish, Tin Tomatoes, noodles, nose mask among others.

Presenting the items to some Islamic cleric for onward delivery to some of the members of the Moslem communities, the CEO of the light foundation, Sheikh Ali Abubakar Napari said the gesture forms part of the foundation's core vision and mission to bring smiles to the faces of the needy especially at a time when some Moslems embarking on the annual fasting and prayers have lost their jobs due to COVID-19 pandemic. 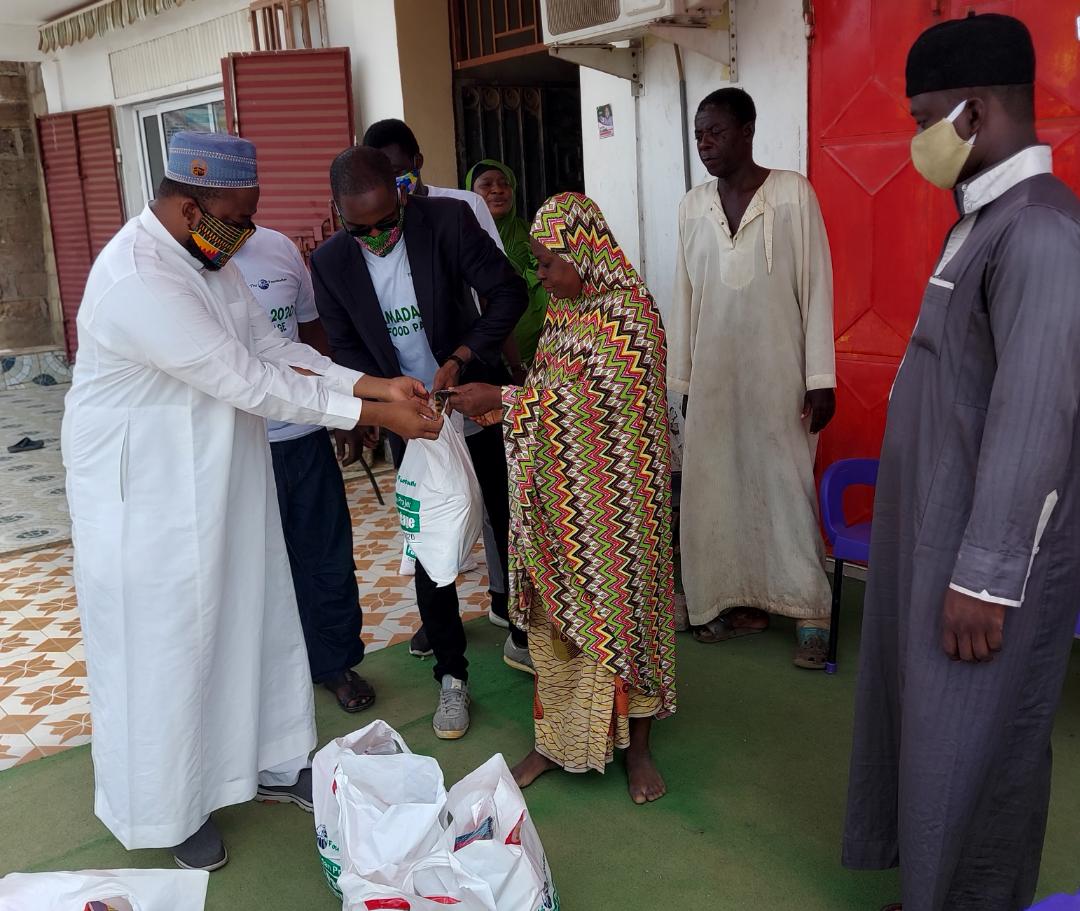 According to him, although they are mandated by God to support the less-privileged in society, it has become very imperative for them to ensure that the needy and vulnerable are supported as they will not be able to meet for their usual communal prayers where they all have an opportunity to share whatever they have no matter how little it is. 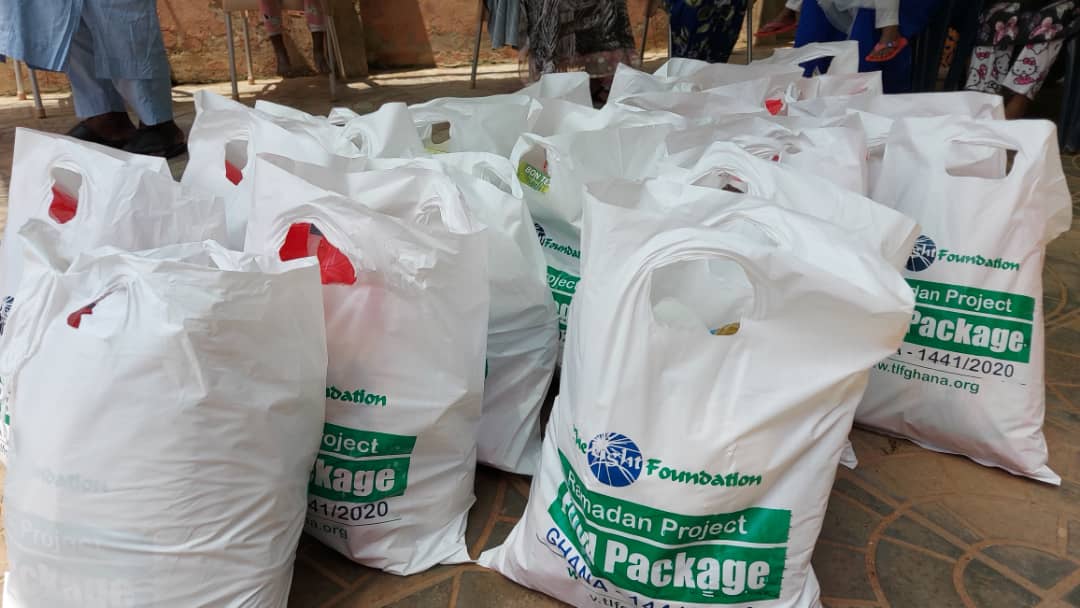 He said "having realised the difficulties some people are facing especially people within the Zongo communities who usually depend on daily income for survival, we decided not to sit aloof but to support them with whatever little we have as the Ramadan fast is ongoing. We should understand that all our mosque would have opened for us to share with everyone whatever we have but it is not possible now due to the deadly disease and so we decided to visit the less- privilege within the communities 'to share with them no matter the portion."

The former Deputy Chief Imam and leader of Al-husuuna-Wal-Jammal, and currently the Chief Imam at Dzen-Ayor, East Legon Central mosque received the items on behalf of the community.

He thanked the foundation for fulfilling an important obligation by God for people to support their neighbours and people in need whenever they are in a position to do so.

Sheikh Munir promised to assist the needy with the items presented and also appealed to individuals, organisations to emulate the example of the light foundation and reach out to people during the ongoing Ramadan fast. 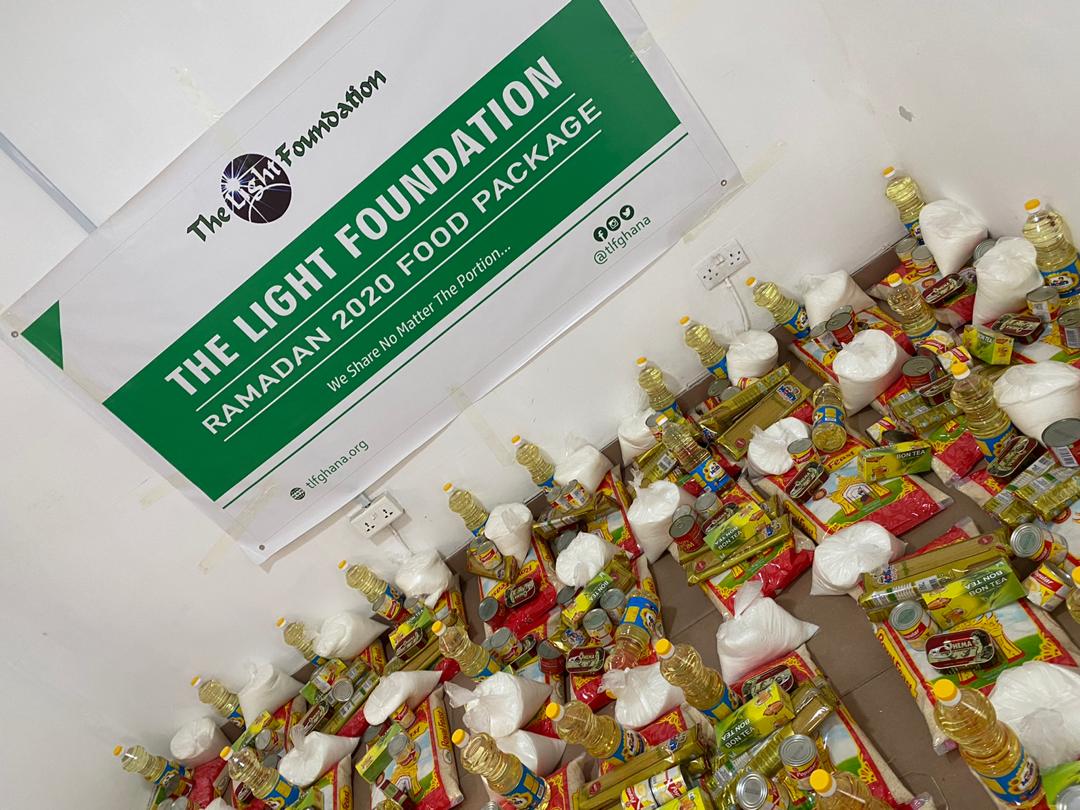 The next point of call was at Madina-Ashaley Botwe where the Imam for Masjid Sahaba mosque, Mohammed Abdul- Kabir also received the items on behalf of the Muslim community.

He also commended the foundation for the gesture and also reiterated the need for people to support organisation's such as the light foundation in their quest to provide various forms of support to the needy in society.

Other areas that benefited from the food packages were Adjiringannor and Pigfarm.

According to the CEO of the foundation, the project 'TLF Ramadan 2020 food package' would be replicated in communities such as Nima, Maamobi, and in some parts of northern Ghana.

The Light Foundation is an Islamic Non-Governmental Organisation aimed at supporting the vulnerable and needy in society.

For the past decade, the organisation has lightened the heart of many vulnerable people and deprived communities in various parts of the country not only by helping meet their physical needs but improving their spiritual wholeness as well.

It is in the light of this that the foundation has hosted a number of clergy men such as the spokesperson of the National Chief Imam, Sheikh Aremeyaw Shaibu, Rev. Seth Acquaye, Faith and religionsâ€™ manager at World Vision Int. amongst others as part of the foundationâ€™s interfaith facebook broadcast on the teachings of Prophet Mohammed and the Quâ€™ran in English and Hausa during and after the three weeks restriction of movement of people in some parts of the country.

As part of efforts to encourage people to live peacefully among themselves irrespective of their political affiliations, TLF will also embark on peace campaigns in various parts of the country before, during and after the elections to educate the public especially the youth to desist from engaging in acts that have the tendency to undermine elections in the country.

Sheikh Napari also hinted of plans by the foundation to host health experts from the countryâ€™s health Institutions on itâ€™s social media platforms to educate the public on good hygiene practices to augment Government efforts of mitigating the spread of COVID-19.