The military must be queried about why they stormed parliament- ACEPA 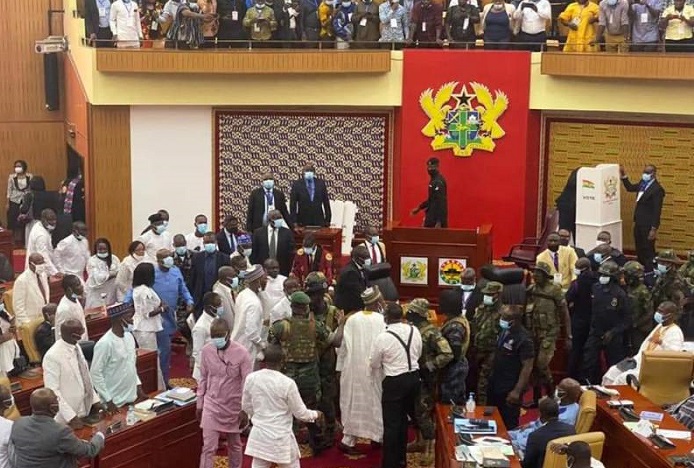 Executive Director for  African Centre for Parliamentary Affairs, ACEPA Dr Rasheed Draman says there is a need for the military hierarchy to be questioned about why the stormed parliament on Thursday.

Some security personnel numbering about 20 on Thursday stormed Parliament following several commotions recorded in the Parliament since the inauguration processes for the 8th parliament commenced.

But speaking on their appearance in the house, Dr Rasheed Draman said it was a coup that happened for some few minutes.

He explained that the action was an affront to the sovereignty of Parliament and the constitution.

"When you see the military entering parliament immediately what comes into your mind is that this is another coup, I think it was a coup that lasted for some few minutes but it was actually an affront on the sovereignty of Parliament and the constitution. Honestly a slap on Parliament, I even blame the military hierarchy I know we can't compare ourselves to the US but they are there to defend the constitution not to defend the interest of any particular individual."

Dr Rasheed Draman stated that there must be a serious action taken against the action of the military.

"So whoever gave the instruction or whoever brought the military in I believe some serious action must be taken."