The Ghana Police Service has in a statement rejected claims by the Ghana Bar Association that the country’s rate of violent crimes is at an alarming level.

It says, “there is no upsurge in crime. The Service is on top of the security situation.”

The leadership of GBA had said there was an increasing spate of armed robbery and other violent crimes in the country following the killing of one of its members, Richard Badombie, by armed men in the Savannah Region last Saturday.

The lawyer was shot dead when the occupants of a Hyundai Accent saloon car with registration number GN 9890-17 were attacked between Banda Nkwanta and Nuoyiri.

But the police service, in response, said it remained “committed to its crime-fighting efforts”.

“We fight crime every day and treat crime with the same urgency and same professional attitude, and we regret the loss of every life”, the police added in a statement.

It, therefore, wants the public and other special-interest groups to be circumspect in the commentary on the matter and assist the police in unravelling the circumstances of the unfortunate incident.

“We wish to assure that we remain focused and committed to fighting crime in the country”.

So far, three suspects have been arrested by the Savannah Regional Police Command in connection with the crime. 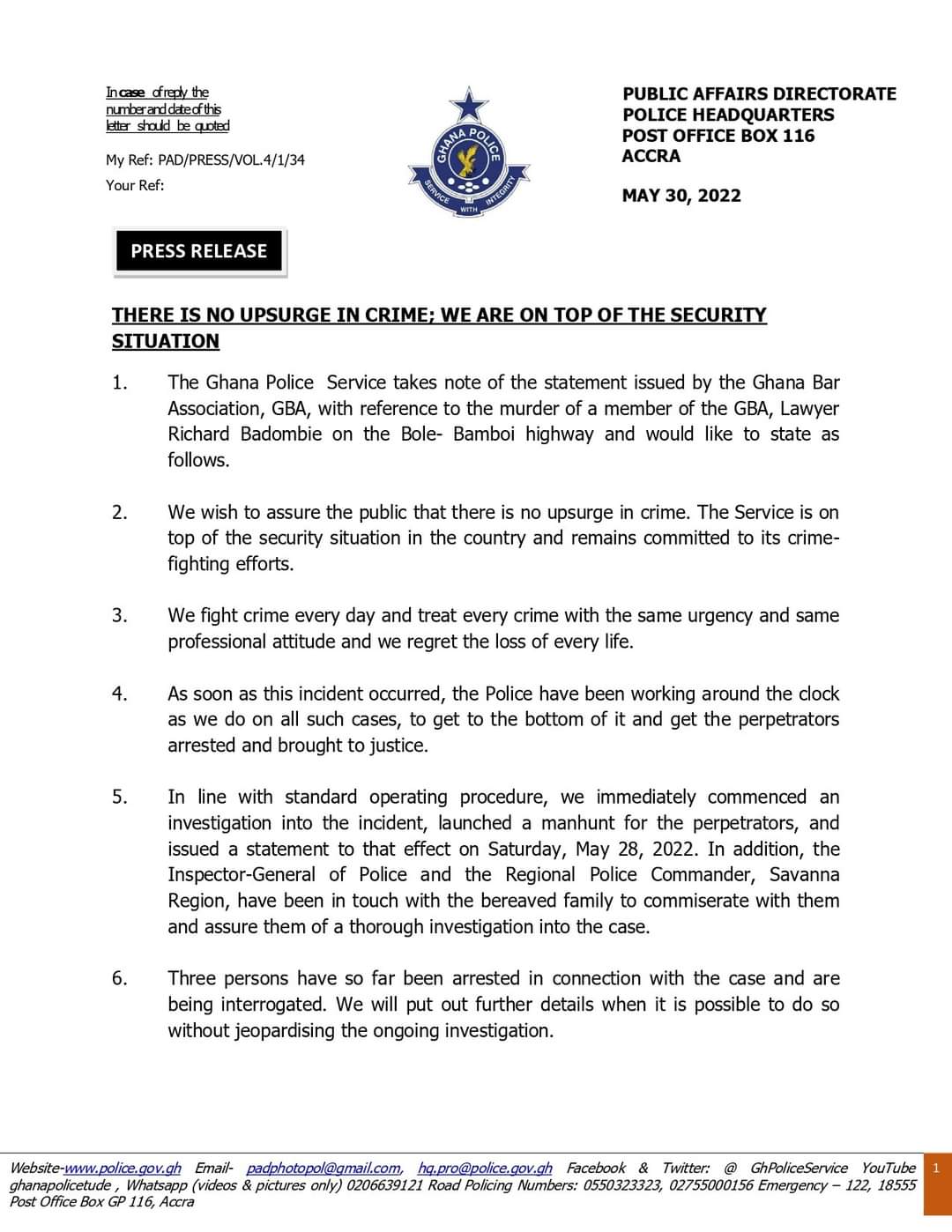 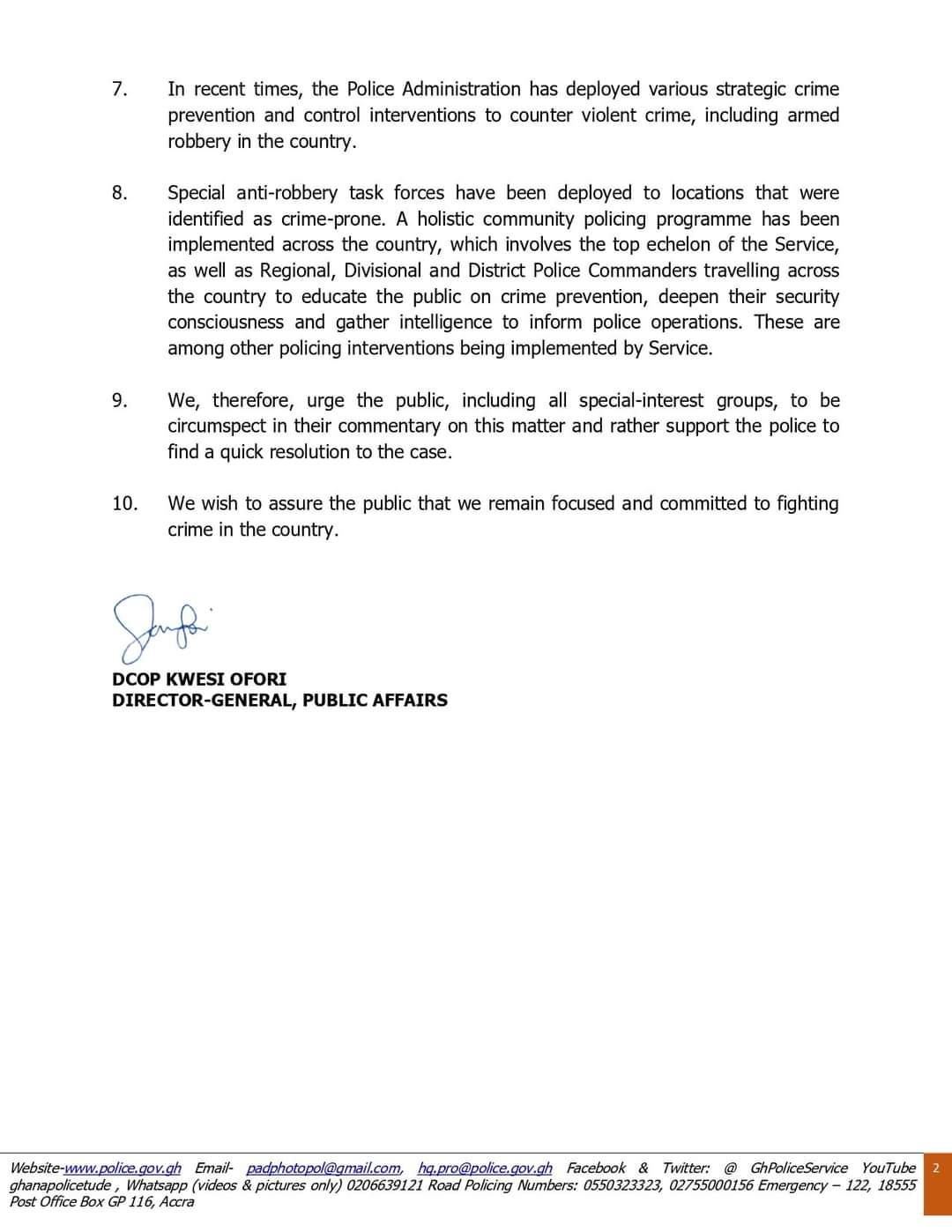