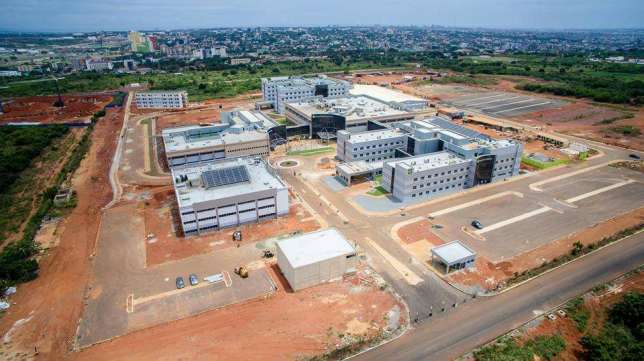 The University of Ghana Medical Centre is set to begin operations on July 18, 2018, the Ministries of Information and Health, together with the Interim Management Committee of the facility have disclosed.

The government announced the opening date after persistent outrage over the abandonment of the $217 million medical center.

The facility, despite the first phase being commissioned during the Mahama administration, has still not been opened due to technical reasons.

Addressing the press on Wednesday however, the managers of the facility have revealed that they will finally begin with the operationalization of the Out Patient Department (OPD).

They were also optimistic that, the remaining three departments will come on stream by the end of the year.

The UG Medical center which was scheduled to open in November 2017, remained unopened to the public due to a tussle between the Minister of Health and the University of Ghana over who manages the $217 million facility.

The University believes processes leading to the construction of the facility give it a direct oversight role of the Medical Centre.

This is despite the Akufo-Addo administration reportedly thinking otherwise.

Back in January, a Deputy Information Minister, Kojo Oppong Nkrumah, said the University of Ghana and the Ministry of Health had ended the tussle.

Cabinet has already approved $50 million for the second phase of the center.

Part of the $50 million is expected to be used to procure drugs and non-drug consumables, as well as secure, reliable power supply for the hospital.

FIFA President Gianni Infantino has warned against re-starting football too…

Free electricity for the poor, 50% cut for others regressive - ACEP

Deputy Minister for Finance, Mrs Abena Osei Asare has laid down the guidelines…