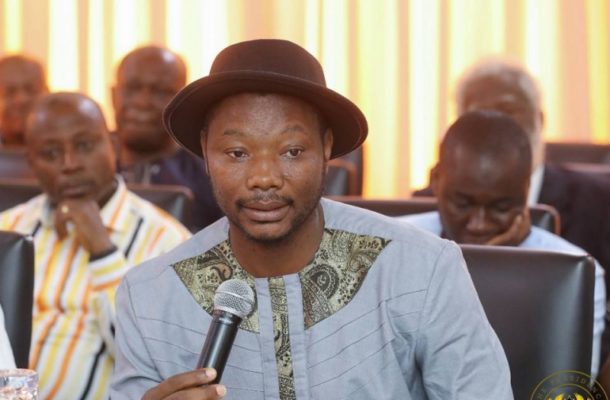 The Inter-Party Resistance against a New Voters' Register has rejected the research by the University of Ghana Political Science department which says thatÂ 64.9% of Ghanaians want a new voters' register for the 2020 general elections.

The group which staged its third demonstration yesterday believe the findings of the research are biased and without merit.

According to them, the findings was conducted only on Akufo-Addo's appointees, that is Metropolitan, Municipal, and District Chief Executives (MMDCEs) whose ''political party is all out for a new voters register.'' Adding the research was not conducted on ordinary Ghanaians to have their responses as well.

Speaking to Starr FM today, Chairman of the group Bernard Monah described the findings of new Voters Register for the 2020 elections by the University as bogus

''This is one of the most bogus research that has ever been conducted. This was a research that was conducted around December 2019 when the issue of a new voters register was not topical and therefore the pros and cons of a new Voters Register were not brought to the media and attention of the people.''Â

''This is a research that has been done just on the appointees of Nana Addo's government, talking about MMDCEs.Obviously, MMDCE's are all members of the NPP. Even to the extent that 21% of them indicate that they do not support a call for a new voters register should tell you if proper research was done it will not amount to this. This was a research done on the appointees of the NPP and the methodology, sample size, sample location is even questionable. The respondents are Ghanaians who are appointees of President Akufo Addo whose political party is all out for a new register. Because they are all MMDCEs, they did not go to the streets to interview ordinary Ghanaians.MMDCE's are political appointees.No one will accept this findings in the group''.Â

The research by the University of Ghana was conducted in December 2019 sampled 27,500 people across the sixteen(16) regions of Ghana.

A survey conducted by the Political Science Department of the University of Ghana revealed that 64.9% Ghanaians are in favour of new voters register for the 2020 elections. According to the report, 27,500 were interviewed across the 16 regions.

However, a Political Scientist of the University of Ghana, Dr Isaac Owusu stated reasonsÂ given by the respondents for a new register, According to him they are : to remove deceased names,Â detect foreign names and to get a credible register.