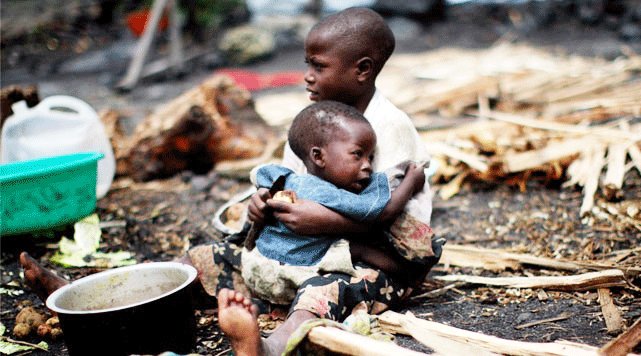 The National Development Planning Commission (NDPC) and UNICEF have conducted a study which shows that in Ghana 73.4 percent of children are multi-dimensionally poor.

A break down of the statistics means three out of every four children are poor.

According to the study a child is considered multi-dimensionally poor if he/she is simultaneously deprived in at least three of the dimensions of well-being.

“On the other hand, for the monetary poverty approach, a child is considered monetary poor if s/he lives in a household where its members’ consumption is below the national poverty line of ¢1,314 per adult equivalent per year,” the study explains.

Read the detailed findings below.

• The deprivation rates in the Water dimension range between 46.8 per cent and 51.1 per cent across all age groups.

• The Sanitation dimension has the highest deprivation rate among all children in Ghana (81.6 per cent to 83.4 per cent across age groups).

• Across the four age groups, the deprivation rates in Housing range between 52.2 per cent and 62.1 per cent.

• Around 14.1 per cent to 17.3 per cent across the four age groups of children are deprived in the dimension of Information.

• The proportion of multidimensionally poor children living in rural areas is higher than those living in urban areas.

• In general, few significant gender differences are observed. For the dimension of Learning and Development, there is a higher proportion of deprived boys than deprived girls in the 12-14 age group (49 per cent versus 42.6 per cent).

• A higher education level of the mother or household head is associated with lower multidimensional poverty rates of children across all age groups.

According to the study, children in Ghana experience significant deprivations in services, and by implication, denial of basic rights, therefore it is of paramount importance that appropriate policy actions are put in place and investments in children enhanced.

“It is vital that progress in child poverty rates over the next decade is monitored so as to ensure that by 2030, the child poverty rate is decreased by at least half (i.e. from 73.4 per cent to 36.7 per cent),” a report issued on the findings stating.

• Encourage multi-sectoral approaches through coordinated policy responses that encourage both the scaling up of specific sectoral interventions as well as the provision of complementary services by relevant stakeholders. An appropriate policy and legal framework should be established to better coordinate child development interventions.

• Specific groups of deprived children based on location and dimensional deprivations should be targeted.

• Increase political will to prioritise child poverty issues at all levels through sensitisation campaigns.

• Address the immediate, underlying and basic causes of stunting to reduce deprivations in the other dimensions.

• Intensify public health education and campaigns on the importance of exclusive breastfeeding during the first six months of a child’s life.

• Increase community participation in vaccination campaigns through regular community engagements and public health education in vulnerable communities to increase the coverage of vaccination exercises and ensure that no child is left behind.

• Invest in the provision of affordable and quality early day-care centres for working mothers, particularly women in the informal sector, to enable them to effectively combine their economic activities with childcare responsibilities.

• Promote Household Water Treatment and Safe Storage (HWTS) to ensure water is safe at the point of use and at household levels.

• Increase public investments towards the provision of low-cost social housing that is accessible to poor and deprived households.

• Promote household access to information and communications technology (ICT) and services through the establishment of community ICT centres, especially in rural and deprived areas.