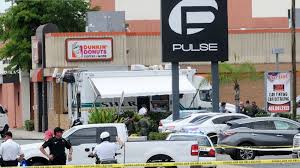 Fifty people have been confirmed dead and another 53 are injured after a mass shooting at a gay nightclub in Orlando, Florida.

The death toll makes the attack the deadliest mass shooting in US history, eclipsing the 2007 Virginia Tech massacre which left 32 people dead.

Authorities have named the gunman as 29-year-old Omar Mateen, a US citizen of Afghan descent.

The gunman, carrying a device thought to be a bomb and armed with an assault rifle and a handgun, opened fire in the Pulse Orlando bar in the early hours of Sunday morning before taking hostages.

The attacker was involved with a three-hour stand-off with officers before SWAT teams stormed the building and shot him dead, SkyNews reported.