Video: Kweku Adoboli opens up on his deportation from the UK 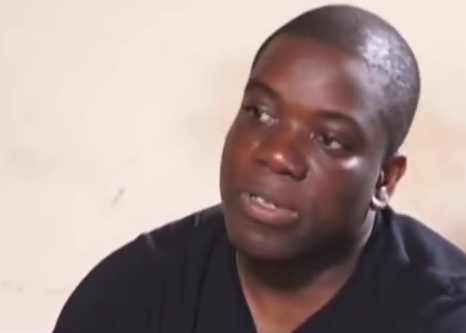 Ex-UBS trader Kweku Adoboli has finally opened up on his deportation from the United Kingdom.


In tears, he explained how he was escorted by 5 heavily built men into the back row of the Kenya Airways airplane where he was shielded from everyone else and prevented from making any calls; not to say goodbye or to inform anyone of his departure.

Adoboli continued to narrate happenings from when he touched down in Ghana till the time he was welcomed by his family. He also explained how that his fight to remain a citizen of Britain was not because he preferred Britain any more than he did Ghana, he merely believes no one in his position should be made to choose between two ‘pillars of their heritage’.

Adoboli joined UBS's London office as a graduate trainee in September 2006. After working for two years as a trading analyst in the bank's back office, he was promoted to a Delta One trading desk.

Beginning in 2008, Adoboli started using the bank's money for unauthorised trades. He entered false information into UBS's computers to hide the risky trades he was making.

He exceeded the bank's per-employee daily trading limit of US$100 million and failed to hedge his trades against risk.

He also used his personal funds on two spread betting accounts, IG Index and City Index, where he lost around £100,000. In mid-2011, UBS launched an internal investigation into Adoboli's trades.

On September 14, 2011, Adoboli wrote an e-mail to his manager admitting to booking false trades. His trades cost the bank $2 billion (£1.3 billion) and wiped off $4.5 billion (£2.7 billion) from its share price. The trading losses he incurred while trading for his bank were the largest unauthorised trading losses in British history.

On September 15, 2011, Adoboli was arrested by City of London Police. He was charged with two counts of fraud by abuse of position and four counts of false accounting.

He was in prison on remand until 8 June 2012, when he was granted bail subject to being electronically tagged and placed under curfew at a friend’s house. On the morning of 20 November 2012, a jury at Southwark Crown Court unanimously found Adoboli guilty on one count of fraud. Later the same day, after receiving an instruction allowing for a majority decision with a single vote against, the jury found him guilty of a second count of fraud. The jury also found him not guilty on the four false accounting charges.

He was sentenced to seven years in prison.

Adoboli was incarcerated at Verne Prison in Dorset, Ford Prison in West Sussex and Maidstone Prison in Kent. He was released in June 2015.