W/R : We are sceptical about the revamp of Bonsa tyre factory - Rubber producers 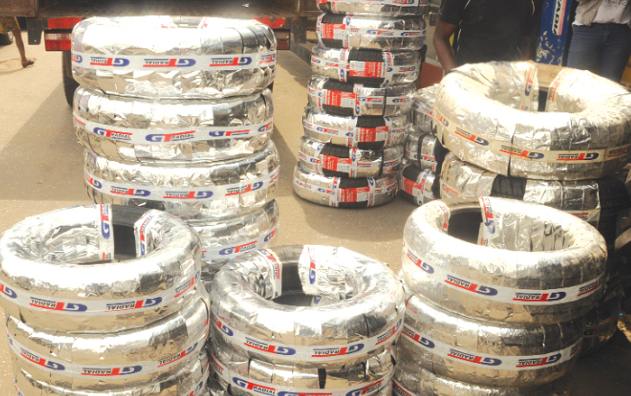 W/R : We are skeptical about revamp of Bonsa tyre factory - Rubber producers to gov't
Shares

Some Rubber Producers in the Western Region say they are sceptical about government's process to revamp the Bonsa tyre factory.

According to them, there has been no action on the ground since President Akufo Addo made the promise to chiefs in 2017 and 2018 to get the factory revamped.

The rubber producers say the facility has remained abandoned since and they are beginning to doubt his promise.

Reports indicate that the facility has been taken over by cobwebs and looks dusty. Also, a maize plantation and cocoa warehouse is now part of the once mighty tyre processing factory. Huge industrial machines have also been deteriorated.

A former employee of the factory speaking to Joy FM narrated how the collapse of the factory has affected him. Twenty (20) years after the shutdown residents in the area have struggled to figure out a way to survive

''When the factory was fully operational, we were paid well and I took care of my family well. Now, as a security person, my salary is petty and delayed. Life is not as smooth as it used to be''.

''I operated a local eatery for workers at the Bonsu factory. My business was booming because workers from the factory bought from me. Now, Bonsasu is a ghost town following the collapse of the tyre factory,'' a resident said.

Meanwhile, the  Executive member of the Rubber Outgrowers Association of Ghana, Patrick Kojo Ocloo is calling on the government  to add value to rubber production in Ghana

''If the government will save our soul we can invite any investor who is ready to add value rubber production. The value chain can help us produce wellington boots,gloves, condoms among others. So can our people help some of us establish those factories so that as the raw materials are here we can use it to create jobs for the youth''? he quizzed.