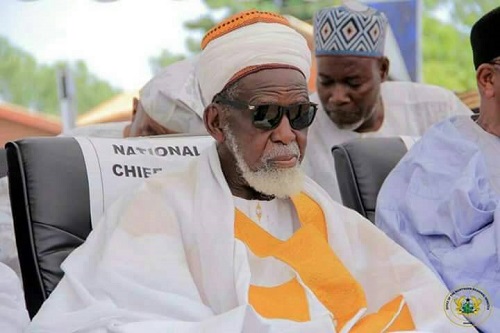 The National Chief Imam Sheikh Osman Nuhu Sharubutu says politicians need to be mindful of their actions as election 2020 beckons.

The Chief Imam who said this through his Spokesperson Sheikh Aremeyaw Shaibu described as 'sad' the gun violence and stabbing incident recorded at some voter registration centres.

READ ALSO: NDC demands arrest of Hawa Koomson, describes her as a 'gangster'

He called on the politicians to be mindful of the fact that their violent actions are threatening the peace of the country.

"Already in the registration, we have seen some unpalatable incident which sends a signal that if we don't handle matters well we could be plunged into violence during the elections and on behalf of the Chief Imam and his elders I call on all political actors to be mindful of the need to keep the peace of this country."

Two very disturbing incidents have so far happened as the EC is compiling the new voters' register.

Police in the Bono Region are investigating circumstances that led to the death of a 28-year-old man who was allegedly stabbed by men suspected to be supporters of the governing New Patriotic Party (NPP) at Banda.

Silas Wulochamey, a graduate teacher trainee from the Akim Oda Teacher Training College was allegedly accosted by the men at Banda Kabrono on Monday when he was returning from a visit to his pastor at Wenchi.

Some reports suggest that the stabbing occurred at a registration centre following an altercation between some New Patriotic Party (NPP) and National Democratic Congress (NDC) supporters.

At the Awutu Senya East Constituency, there was a clash between NPP and NDC supporters which led to MP Hawa Koomson firing a warning shot.

She has so far been invited by the police for interrogation and her case has been forwarded to the CID Headquarters in Accra.