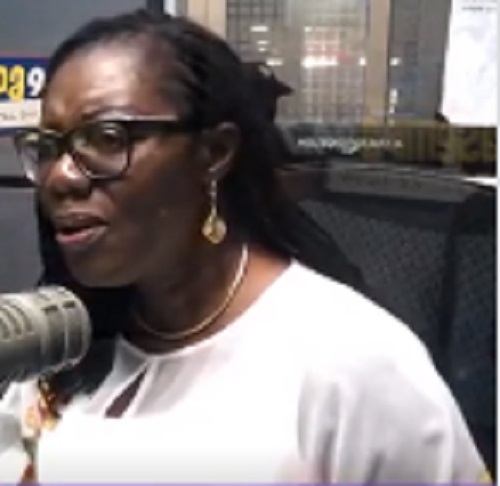 The virtual concert which was held on Easter Monday to launched the Covid-19 Application came under heavy criticism.

Critics of the concert believe the virtual event was a waste of money and time. They said the energy put into the event could have been channelled into more profitable things that will help prevent the spread of the virus.

They also argue that the Ministry of Information press briefings could have been used for the said purpose.

The app was aimed at helping health authorities track Covid-19 cases in the country.

Responding to the critics on Asempa FM's Ekosiisen, Ursula Owusu said a lot of thinking went into the decision to hold a virtual concert.

According to her, the Ministry was looking at innovative ways of doing things during the Covid-19 pandemic and they came up with the virtual concert.

The same idea was being put together by the Ministry of Tourism, therefore, the two Ministries collaborated for the event.Â

She explained that the same event being criticised by some people was what WHO also did for fundraising on Thursday.

With this, Ursula Owusu said Ghana led the way for others to also learn from.

She bemoaned the posture of Ghanaians about the virtual concert, arguing that if the same was done in other jurisdictions the critics would have applauded them.

The Communications Minister said the idea of the concert was to try and utilise the talent of the musicians during this time and if Ghanaians continue this way we may end up killing creativity in the country.

Sharing his views about how important the exercise was, she said music plays a big role in the ability of people to remember things because it helps imprints concepts in our memory as normally done when we were kids.