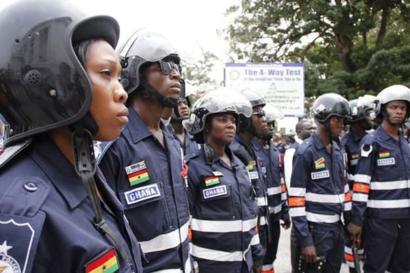 The Police Service has assured its staff that it will deal with recalcitrant drivers who end the lives of Police Officers during the discharge of their duties by prosecuting them to serve as a deterrent to others.

This comes after aÂ commercial minibus driver, identified as Osei Bonsu killed a policeman by running his vehicle over him near the Trinity Theological Seminary in Accra last Friday in an attempt to escape arrest over an alleged traffic offence.

Reacting to the incident on Starr FM today, the Eastern Regional Police PRO, DSP Ebenezer Tetteh said the Police will ensure the safety of its men during the of their duties

''We are going to ensure in the country that no officer dies in performing his lawful duties. The police will stop at nothing to ensure that recalcitrant drivers will end the life of police officers performing their lawful duties, either they are stopped or they are made to face the full rigours of the law if they are arrested. And we are sending this strong warning that we will go all out to ensure that our men are protected and alive before they can protect the lives of other persons. So we will not countenance anybody at all who will decide to take the law into their own hands and kill our men who are performing their lawful duties and ensure that the laws take it course''.

However, the driver involved in the killing of the Police Officer has been declared wanted by theÂ Accra Regional Police Command.

On Friday, after the driver run over the Police Officer, in an attempt to avoid arrest he allegedly fled the scene with the vehicle when he was approached by the police.

Two policemenÂ from Madina Unit of the Motor Transport and Traffic Department (MTTD),Â Sergeant Moses Appiah and a colleague, Corporal Joshua AzureÂ pursued the driver of the Ford vehicle from the main Legon-Madina road and eventually caught up with him on the Trinity Theological Seminary route.

The two policemen got out of their vehicle and tried to stop the driver from moving his vehicle further according to some eyewitnesses, but the driver in an attempt to drive away, hitÂ Sergeant Moses AppiahÂ and as he tried to drive away, dragged the knocked downÂ Sergeant AppiahÂ under the vehicle.

The badly injuredÂ Sergeant AppiahÂ was rushed to the 37 Military Hospital for emergency treatment but he was pronounced dead later.

Following that, the body was taken to the Police Hospital Mortuary.