Why Ghana should keep the PDS concession deal 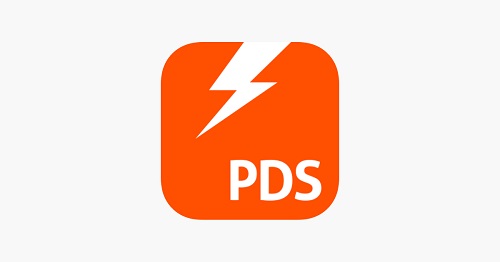 The United States of America has justified its insistence for Ghana to keep the Power Distribution Services, PDS concession deal.

Press Attache of the US Embassy in Accra, Ms. Naomi Mattos in an interview with Joy FM said base on the independent forensic audit the concession deal was valid.

According to her, the US intends to continue with the PDS concession deal.

"We believe that the independent forensic audit that was done stated that the concession was valid so we choose to go with that independent audit and we want to go forward with this very important concession.."

READ ALSO: Provide evidence of cooked up PDS fraud allegation, it will be explosive info - Kweku Baako to PIAC boss

The government of Ghana entered into an agreement with PDS as a condition of securing the Second Compact under the Millennium Challange Corporation of the US.

But Ghana pulled out of the deal citing fraud in the demand guarantee.

A letter signed by Minister for Finance, Ken Ofori-Atta on October 18, 2019, providing reasons for the termination of the concession deal said “Following consultations with Government, we wish to emphasise that Government remains strongly committed to the Compact and to private sector participation in the Electricity Company of Ghana.

“We also wish to reiterate the position communicated to the CEO of the MCC by the President of Ghana during their meeting on the sidelines of the United Nations General Assembly in New York on September 23rd to the effect that, the current concession had to be terminated in view of the facts uncovered regarding the failure by PDS to satisfy conditions precedent under the relevant transaction documents AND, however, that every effort would be employed to ensure a suitable replacement within the relevant timelines in order to complete the Compact.

“The Government decision to terminate the PDS concession and find a replacement in a timely manner to successfully conclude the Compact is based on two key points: First of all, it is Government’s view that the meeting between the CEO of MCC and the President of Ghana produced an understanding that the existing concession would be discontinued and a concession restoration and restructuring plan executed within existing timelines and in any event before December 31, 2019. It is worth recalling that following this understanding Mr. Cairncross and President Akufo-Addo shook hands and committed to expeditiously putting the understandings into effect. Following the meeting, however, MCC sent an implementation plan, which in our opinion did not accurately reflect the outcome of the New York meeting."

A letter from the Millenium Challenge Corporation (MMC) asked the government to reinstate the Power Distribution Service deal before the contract was terminated by Ghana.

Prime News chanced on a letter from the MCC to the Finance Minister Ken Ofori-Atta which said the reinstatement of PDS is a condition under which Ghana can attract the remaining 190 million dollars of the compact money meant to enhance the operations and distribution of power in the country.

Portions of the letter said: “Formerly announce the reinstatement of the PDS’ concession rights under the transaction agreement,”

The letter was indeed received by the government but on Saturday, October 19, 2019, they announced the official termination of the deal.