Your prayers have saved me - Ken Ofori-Atta to Ghanaians 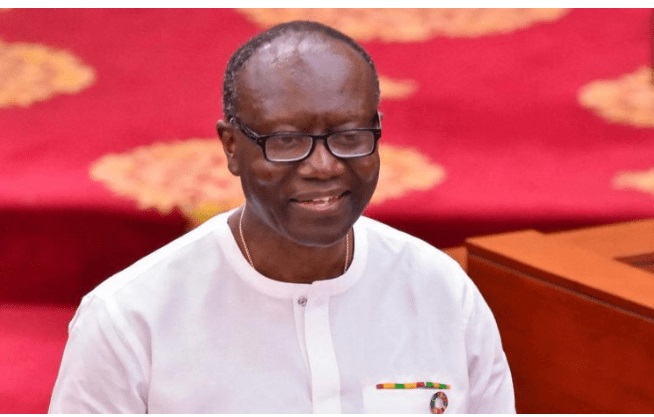 The Finance Minister nominee Ken Ofori-Atta says the prayers of Ghanaians have saved him.

Speaking at the Virtual PwC Post Budget Forum Tuesday, from his base in the USA he noted that doctors who were â€œhandlingâ€ him are even surprised with his fast recovery rate.

He also thanked the Presidentâ€™s special representative at the Finance Minister, Charles Adu Boahene and the personal at the ministry for how they handled the budget preparation and presentation.

"I just like to reiterate that God has been merciful particular for the prayers and support from my family and myself. It is written in the bible that when Peter was kept in prison a prayer was made without ceasing. I have felt that prayers have worked for me, the Doctors here have been fantastic. Thank Ghanaians for their prayers which I will admit has saved me and I will give God the praise".

The Finance Ministry on February 14, announced that the Presidentâ€™s nominee, Ken Ofori Atta will travel to the US for a special medical review based on doctors advice.

This was as a result of the medical complications he suffered after recovering from Covid-19 in December last year.

Mr Ofori-Atta requested another time to be vetted by Parliamentâ€™s Appointments Committee as his condition did not make it possible for him to face it.

He was, however, expected to return in two weeks, but could not make it on time.