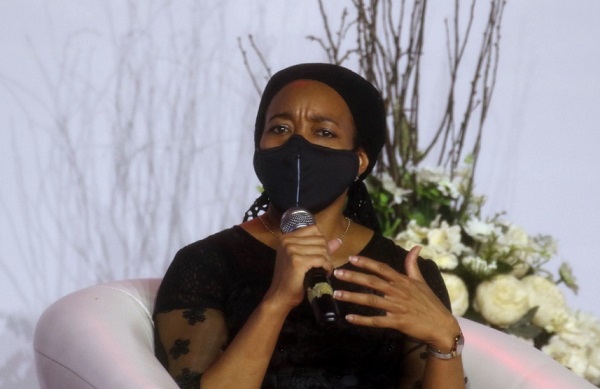 Daughter of late former President Jerry John Rawlings, Zanetor Rawlings has opened up on how she and her siblings related with their father.

At a vigil held in honour of the late Rawlings at the Air Force Officers Mess in Accra, Ms Zanetor said their family life with their father was quite complicated due to his work schedule as the head of state who operated from the Osu Castle.

“[Family life] was quite complicated sometimes. We didn’t live in the castle with him… Which meant we didn’t see him as often, but when we did there was always something he wanted to impact so much knowledge; teaching me and my siblings how to drive before our feet could even touch the gas pedal, teaching us how to drive the model plane, and to ride our bicycles,” Zanetor said during a roundtable discussion at a vigil held in honour of the late Jerry John Rawlings at the Air Force Officers Mess in Accra.

She added that her late father was “purpose-driven and every encounter with him needed to have some kind of meaning and outcome”.

“He helped us develop a real love for nature,” she added.

“When she kind of run out of options on what to do, she’d say she’ll tell our father…if there is something that we wanted and my mother didn’t want to be the one to say no, she will tell you, “go and ask your father” and that means that the answer is no,” she explained.

Earlier on Sunday, a Catholic Requiem Mass was held at the Holy Spirit Cathedral for the late President of Ghana as part of a four-day state funeral.

Rawlings passed away on Thursday, November 12, 2020, at the Korle Bu Teaching Hospital after a short illness, aged 73.