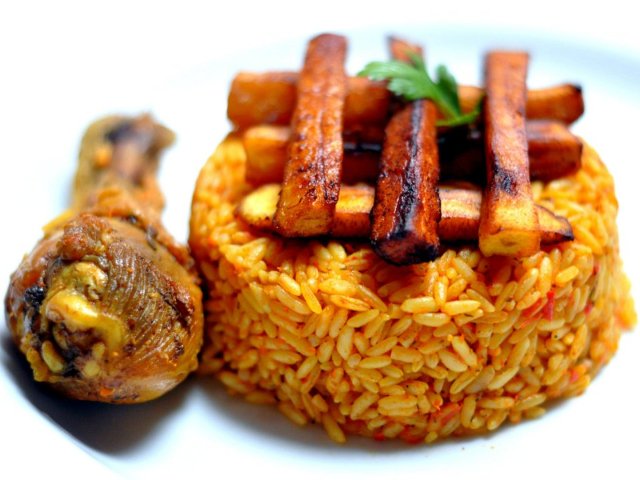 With a fusion of tastes and flavors, as well as some of the unique foods in the world, the continent is an absolute foodie heaven.

If you set foot in any of the following foodie destinations, don’t leave without treating yourself to these delicious foods.

Intrepid marathon runners and exhilarating safari adventures are not the only things Kenya is famous for. The country offers a variety of yummy dishes too, and one of them is nyama choma, Kiswahili for roasted meat. No spices here – the meat is only seasoned with salt and slow-grilled over hot coals until it’s tender and ready to please your palate. While everything from chicken to beef makes for good nyama choma, the favorite is always goat meat, both for its distinct taste and chewiness. Nyama choma is always good companions with a relish of thinly sliced raw tomatoes and onion, and goes down well with a cold local Tusker beer.

You can also pair nyama choma with irio, a highly nutritious dish made from mashed potatoes, green peas, corn, and pumpkin leaves. 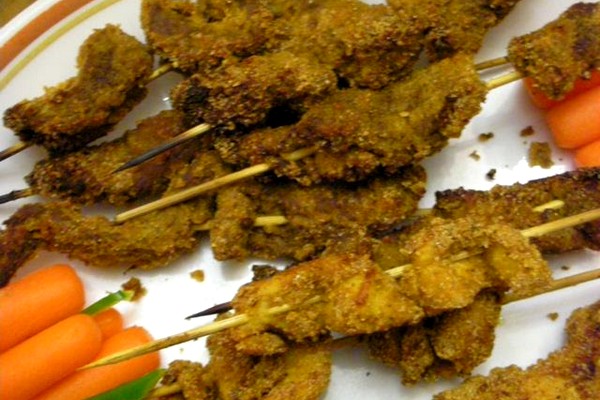 If you want to experience the best tastes of Ghana in one plate (read skewers), ditch the five-star hotel and try the street food. Chichinga, probably the most popular street food in Ghana, is a kebab similar to the Nigerian suya. Made from beef, chicken or sausage with a peanut-spice rub or ground spices, the chichinga is a true embodiment of Ghanaian taste.

If you fancy something more solid and filling, then banku is your best bet. It is cooked by placing a mixture of fermented corn and cassava dough in hot water until it turns into a smooth, soft paste. Banku is best served with fried fish, beef or chicken stew, or soup. 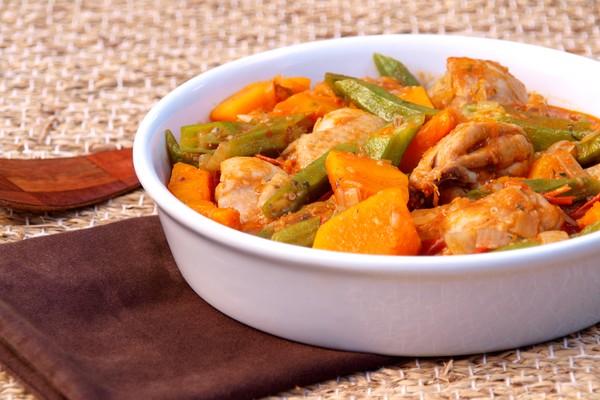 While the Angolan cuisine contains extensive Portuguese influences, you will find a delectable assortment of dishes that are distinctly African. The most common ingredients in Angolan cuisine include cassava, peanut, maize, and chilli. Chicken and seafood are also widely eaten.

The Angolan chicken stew, known as chicken muamba, is one of the jewels of the country’s cuisine and a definite must-try. This is a spicy stew made with with palm oil or palm butter, garlic, okra, and chilli pepper.

Kizaca – which is simply cassava leaves stewed in peanut butter – is also worth trying. If you like creamed spinach, you’ll definitely appreciate this veggie side dish. Have it with chicken breast and rice, and your taste buds will sing your praises.

With its white-sand and gleaming blue-water beaches, Mozambique is not only a paradise for beach lovers and fishing enthusiasts, but for foodies too. The cuisine is a tasty combination of African, Portuguese, and oriental flavors that will take your senses on an unforgettable journey.

Visitors to the tropical country usually revel in the cherished taste of the juicy, succulent prawns mainly found in Maputo, but there’s a lot more variety on offer that will blow you away. Case in point, the classic Mozambican dish, piri-piri chicken. The much-touted dish consists of chicken marinated in lemon juice, garlic, coconut milk, and spicy piri-piri sauce. It’s usually accompanied with French fries or matapa, a dish of cassava leaves prepared in peanut sauce and coconut milk.

Zambia’s cuisine is packed with carbs, and the country’s staple food is maize, mainly served in the form of nshima, a meal made from finely ground maize and has the appearance of thickened porridge. This wonderfully filling dish is usually served with two side dishes known as relishes, and they can be anything from beef to chicken stew to fish and beans; and a vegetable such as pumpkin leaves, okra, or cabbage.

Nshima is widely eaten in other parts of Southern Africa where it has different local names. In Zimbabwe, this hearty dish is known as sadza, while in South Africa it’s called pap.

Another Zambian dish that would impress any foodie is the chikanda, also known as the African polony. Contrary to what the name suggests, the African polony has not a grain of polony or meat in it – it’s actually a vegetable. It’s made from tubers of orchids, a wild vegetable that grows prominently in the northern part of Zambia. This delicious meal can be enjoyed as a snack or dessert.

Egypt’s famous ancient monuments and rich history are undoubtedly the top attractions for tourists, but the food is also always a highlight for any traveller. Egyptian cuisine is influenced by the different cultures and civilizations that the country is renowned for.

Considered the Egyptian national dish, koshari is one of those tasty meals you can’t afford to miss when you’re in the North African kingdom. Both a home and street food, this nutritious and savoury vegetarian dish consists of rice, lentils, and macaroni, topped with crispy onions and spicy tomato sauce.

Another Egyptian favorite is ful medames, a wholesome stew of lava beans simmered with olive oil, lemon juice, cumin, and garlic. This breakfast dish reportdly dates back to the time of the Pharaohs.

Planning a trip to Africa’s most populous country? Do yourself a favour and try some of Nigeria’s most famous dishes. The country boasts a delicious array of traditional foods – a combination of meat, maize, vegetables, and spices. You’d be doing yourself a disservice to not try dishes such as jollof rice and egusi soup. The former’s basic ingredients are rice, tomatoes, onion, and pepper. You can customize it according to your own liking and even add your choice of meat. The latter is prepared using melon seeds, palm oil, vegetables, dried fish, and stewed meat. Egusi soup is best enjoyed with pounded yam and garri, a popular West African food made from cassava tubers.

Tibs is also another dish you’ll find on most menus across Ethiopia. This beloved meat dish is made from beef cut into small pieces and sautéed in butter or oil with onions, garlic, hot pepper and rosemary.

If you appreciate good coffee, then Ethiopia is the best place to visit. The country is a coffee hub and grows hundreds of types every year. 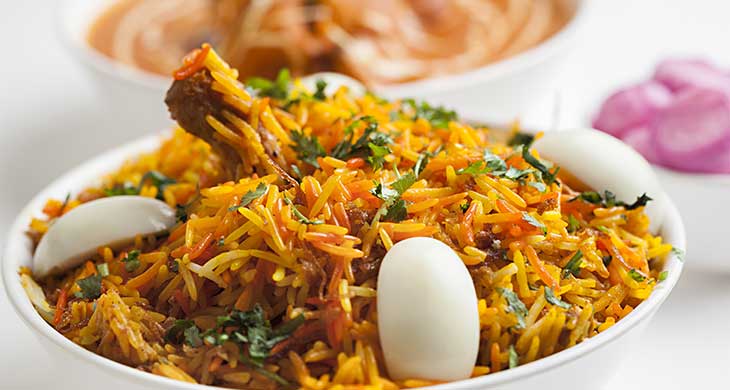 Hailed as the Spice Island, Zanzibar is bursting with history, culture, and of course some of the best dishes in the world. You’ll be spoilt for choice with a wide selection of delightful foods to choose from. If you really want to awaken your taste buds, you can never go wrong with urojo soup, a rich mashup of tangy chicken, chopped potato, kachori, thinly sliced onion, fried cassava chips, and a boiled egg. It also contains a luscious blend of mango and ginger.

South Africa offers a vibrant cuisine influenced by the indigenous population as well as the Dutch, Indians, and French. If you’re ever in South Africa, don’t leave without trying local foods such as biltong, a cured and dried meat normally enjoyed as a snack. The meat is cured in a blend of salt, vinegar, sugar, and spices before being hung to dry. Dry curing was a method of preserving meat in Southern Africa long before the advent of fridges.

Another South African favorite is the Cape Malay curry, which is known for combining sweet and pungent flavours, using sweet spices like cinnamon and ginger, dried fruit. This beef stew is usually served with rice and is also great over mashed potatoes.