10 facts most people don't know about men in relationships 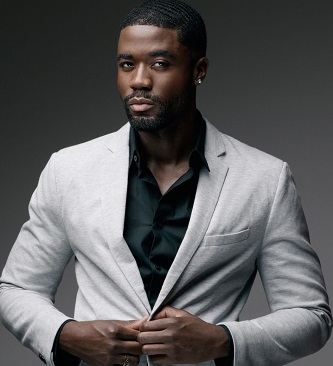 10 facts most people don't know about men in relationships
Shares

Like women, men are complex creatures that can be difficult to figure out if youâ€™re not paying close attention to them.

But if you do actually pay attention, youâ€™ll know these specific 15 facts about men and how they operate when theyâ€™re in a relationship.

Far too often, we get on men for not being able to read us women properly and we donâ€™t seem to understand that a relationship is a two-way street.

While some men will always remain a closed book and are still insanely hard to read, these particular facts generally apply to your typical guy when theyâ€™re in a long-term (or even in a short-term) relationship. And heck, if you donâ€™t know them, perhaps you shouldnâ€™t be in one with a guy.

-They can be speechless on a first date

Hereâ€™s the thing: a man is allowed to be speechless on a first date. This usually happens if theyâ€™re intimidated by their date â€“ whether it has to do with their looks or their mind (or a combination of both), sometimes, a man can just be stunned into silence. If youâ€™re looking to date a person like this, itâ€™s always best to lure them out of their state by attempting to engage them with comfortable questions. Men are allowed to be speechless, you know â€“ it isnâ€™t a bad thing.

I was never the most â€œmushyâ€ type of girl in a relationship, especially when I first started dating. I turned my nose up to all those feminine types of women who I assumed were disillusioned by Hollywood romantic comedies who never really articulated REAL romance all too well â€“ most are just one giant clichÃ©. But the older I got, I realized that it wasnâ€™t just women who had these ideals â€“ but men too. Though you wouldnâ€™t assume it too often, men LOVE romance too. They also enjoy feeling special, and thatâ€™s what REAL romance does, believe it or not. Itâ€™s done to make your significant other feel appreciated and needed and actually special. Men love that feeling too, you know, so women need to step up to the plate a lot more in this department.

If you happen to have feelings for an intelligent man, you know this to be true: Men love a challenge. And no, Iâ€™m not talking about the type of challenge that the misogynistic Barney from How I Met Your Mother used to perform.Every thinking man enjoys a woman who is constantly challenging his realm of thought. Itâ€™s a rush for them and helps keep them on their toes for the most part. Especially when theyâ€™re in a serious, long-term relationship. If their girlfriends are constantly finding new ways of challenging her man on an intellectual level, their boyfriends never stop learning new things. If though you think this might get boring, it truly does not, and every thinking woman will say the same exact thing.

-Men are intimidated by you, so you may need to approach them when interested

I never really assumed that this was true until I experienced it myself. I tend to lean more on the introvert side, so when I met an extrovert that I started having feelings for (who I knew had feelings for me as well), I was puzzled by the fact that he didnâ€™t approach me and ask me out on a date. So I, in return, pursued him even though he was clearly the more outgoing partner.

I came to find out later that despite all his extroverted tendencies, he was intimidated by me and was wishing that I would make the first move. A lot of men tend to be like this, believe it or not. Yes, men are shy too and can be fragile when it comes to facing rejection because, newsflash, they hate rejection just as bad as we women do.

-Your support means everything to them

There is nothing better than when your significant other truly, and without question, supports your dreams. While this is true for women, men enjoying hearing your support without being prompted to say something in regards to it. There really is no higher feeling that when the person youâ€™re in a relationship is relentless when it comes to supporting your dreams non-stop and even go out of their way to prove it. Men even notice the little things you do in order to show your support. And when they feel theyâ€™re supported in all that they do, theyâ€™ll reflect that in their own support towards you. Supporting each otherâ€™s dreams also helps keep the romance alive in a long-term relationship as well, and women usually know and understand this. But if you donâ€™t, maybe a relationship isnâ€™t something you should be in.

-They need their personal space

Iâ€™m not one of those types of women who feels the need to invade the space of my partner all the live-long day and I know a lot of women are like myself. Certain men are the same way, even if THEY tend to be the smothering type as well. In order to preserve their own sense of self, a man needs to be in his own personal space without interruption every now and then (same for women!). In the spring of a new relationship, both parties are in the â€œhoneymoon phaseâ€ and canâ€™t seem to keep their hands in their OWN space. This is fine, but this also gets old after awhile, which is why the honeymoon phase is just that â€“ a simple, and short-term, phase.

-They arenâ€™t interested in you attempting to change them

I know a lot of women who are like this (and Iâ€™m even guilty myself sometimes of this very thing): If they fall for someone who is set in their ways, the thought â€œwell, I can change himâ€ crosses their mind at one point in the relationship. Well, guess what â€“ no you canâ€™t. Again, real relationships arenâ€™t anything like the movies â€“ if you start dating a â€œbad boyâ€ chances are heâ€™ll stay that way. The line â€œyou make me want to be a better manâ€ is just that â€“ a line. If you happen to like someone but donâ€™t exactly like the person they are, you need to run in the other direction or actually find someone you genuinely care for from the start.

Nearly all girls thought this growing up. The models we watched walk the runway were (in our minds) the epitome of what was considered â€œbeautifulâ€ by societyâ€™s standards. They were taller than life and weighed probably no more than 130 lbs (which seems very light for such a tall woman). We all assumed the boys gushed over these particular womenâ€™s pitch-perfect looks, and while we may have been right back then, those same boys' tastes evolved over time. They came to prefer real women over those fantasy figments, and thatâ€™s because todayâ€™s beauty standards have dramatically shifted. ALL body types are considered beautiful, and most men will agree with that statement and prove it time and time again when theyâ€™re in a relationship. Sure, you still have those â€œguysâ€ who prefer actual models, but theyâ€™re few and far between.

Like most things on this list, this one, in particular, is a two-way street. Mutual respect is the key to long-lasting relationships (only with a MASSIVE amount of honesty) and men to live and die by this, especially in a long-term relationship. They can absolutely tell when their girlfriend respects them â€“ they can feel it with every fibre of their being. And usually, when they realize that they DONâ€™T, itâ€™s like a bucket of ice-cold water has been dumped on them. Everyone woman should know this because she feels the same way when in a relationship â€“ if thereâ€™s no respect, whatâ€™s the point of even staying in it? A relationship with no respect isnâ€™t worth the time and the effort and itâ€™s best that both mutually agree to part ways.

-Â Guys worry about their looks too

Yes, we women are constantly ridiculed when we fret over our looks. There are entire billion-dollar industries dedicated to making us care so much about our own vanity that we feel the need to go out and throw away tons of money in order to make ourselves more â€œappealingâ€.

I have some news for you: Men constantly worry about their looks too. Of course, you see some of those guys who SHOULD be worried about their looks but couldnâ€™t care less (these are usually the ones who assume that theyâ€™re Godâ€™s gift to women). Itâ€™s the ones who actually go out of their way when it comes to their looks who wear their vanity on their sleeves. Heck, they like to be complimented too for putting in an effort.

READ ALSO:Â What's it like working with someone you're married to?