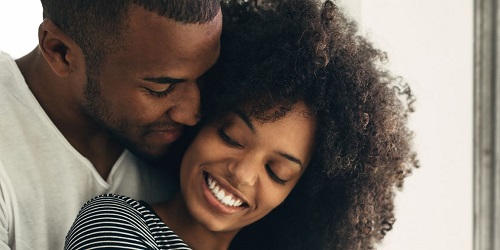 When you first start dating someone new, there should be pretty much no drama.

Once you get through the crippling anxiety and fear, dating can be really fun, and the first few months are all about kicking back, relaxing, and enjoying this new, sparkly person.

Unfortunately, too often, we let little things get in the way of new relationships (and flings), and are too quick to judge each other. Remember that the person on the receiving end of all of your projections and anxieties is also human, and likely experiencing the exact same worries and concerns you are. Be gentle.

That said, sometimes people are creeps. Wolves regularly gallivant about in sheep's clothing, especially in a city like New York, where I live. I can't tell you how many times I've met someone or a friend has met someone seemingly lovely, only to find that their Lawyer or Carpenter or Mathematician (all about the code name) is actually a total fraud. If you're in the first few months of dating and there have been a few false starts or warning signals, perhaps it's nothing — everyone is flawed, and it's good to give a little leeway here and there. But there are some legit red flags that some people wave around like glow sticks on a dance floor, and it's up to you to pay attention to them. We show one another our true colors right away, so if there's already a nagging feeling in the back of your mind, it'll only get worse.

Here are 10 warning signals you should try not to ignore while dating.

There are just going to be weeks when we don't have much time to relax. This is normal. But if your crush relegates you to a quick hang at 11 p.m. every other Thursday, the two of you might have different ideas in regard to where this could go. Hint: You're a booty call. If that's OK with you, enjoy. If you have other plans in mind, now might be the time to face facts. We make time for the people we care about and want to see.

I'm a big proponent of being pursued. By all means, convey your interest, but I like to go easy on the texting and hangout-initiating in the first months. If you have something fun you want to do, of course, it's perfectly fine to invite your new object of twitterpation along for the ride. But if you find yourself making the first move every time, they might be just not that into you.

I have a friend who recently cut a guy out completely because he'd do things like text her something positive and bubbly at 9 a.m., mention how bated his breath was at the prospect of seeing her soon, but then balk when she'd try to nail down a date. If you're dealing with a text-happy commitment-phobe, now is the time to edge them out.

We are all busy. I often take a few hours to write back; sometimes I've been known to take days. But they're likely playing games if they always take a million years to answer a simple question. I'm all for the thrill of the chase in the beginning, but sometimes you just need to know if you're meeting at 7 or 8, and it doesn't feel good to have to wait 17 hours for a response.

Maybe you regularly get dick pics at midnight. And maybe you're having a lot of fun sexting. And maybe you can easily while away a half-hour sexting, dashing off suggestive messages, and instantly getting hot little replies. But if the next day you fire off a quick question, and they don't respond for two days, you might want to bid them and their sexts adieu.

I have definitely been guilty of reading a text, forgetting to respond, and then forgetting about it altogether, only to be reminded by a follow-up text the next day. It happens. When it does, I cop to it, and we move on. What I don't do is pretend I never saw it, because that is an obvious lie. This happened to a friend recently: She sent a text to a dude she's dating, and he read it around midnight. She knows he read it because his read receipts are on. She didn't hear from him until the following night, whereupon he claimed to have never seen the text. Bad move, bro.

Look, we all want to appear way cooler/smarter/hotter/accomplished than we really are. But if someone tells you they're an investment banker and it turns out they're a bank teller, this is a harbinger of things to come. And those things are not good.

It's totally OK to split things. It's also really nice to be taken out to dinner sometimes. But if homie never offers to pay his way, or, worse, pretends to have forgotten his wallet or claims he'll get you next time, only to pull the same thing again — this will likely cause problems as time unfolds. It's lovely and important to treat your partner. It's not lovely to pay for everything always.

If from day one your new beau's idea of a killer Friday night is Netflix and Seamless, you may be dealing with a problem. Or a stage five clinger.

But they're happy to talk about themselves.

Bonus flag: Too much too soon.

The phrase "too good to be true" is real. If someone you met last Tuesday is riding you hard, feeding you mad lines, and acting like you're the most incredible thing since the advent of the smartphone, take a step back. It's possible this person is genuinely sweating you because you're super rad and totally sweat-able. But if they're talking about what a wild "connection" you have three days in, or talking about the future when you have approximately ten minutes of a past, it's best to slow your roll — and slow theirs. Time will tell if you're looking at a con artist, but in the meantime, proceed with caution.