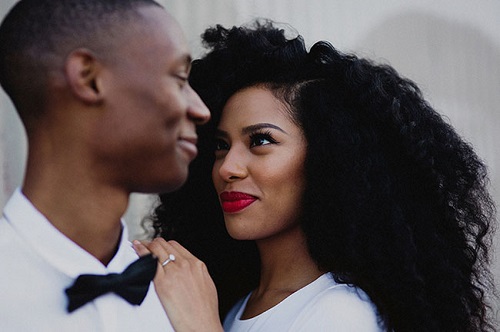 Most of us know that half of all marriages will end up in divorce. That’s the age-old statistic, and that’s what we’ve always heard.

However, staying together for the long haul doesn’t mean that you’re happy. There are many marriages that last but end up being totally miserable for both partners. It only takes one good look at “that couple” to realize that not all couples who are together should stay together.

The truth is that a lot of people end up marrying people they shouldn’t have a relationship with. When choosing a husband, women often end up marrying the first one who comes along or worse, making one of these mistakes when they choose their spouse-to-be. Choosing the wrong man can ruin your life, or even end it.

Before you walk down the aisle, ask yourself if you’re making any of these life-ruining mistakes and are ending up with someone who isn't husband material.

1. You choose a guy who has opposite life plans to yours, in hopes you’ll 'change his mind'
So many marriages that end in divorce start this way. As tempting as it is to work to change his mind on things like life goals, kids, or even marriage, doing this is a terrible idea. At best, you’ll have a guy who capitulates and resents you. At worst, he’ll leave and rightfully call you abusive or manipulative for trying to change him that way.

2. You marry a 'fixer-upper'
Here’s a hint for all the ladies out there ;you can’t “fix” a person who doesn’t want to be fixed. If he’s bad now, he’ll still be bad later.
The only person you can change is yourself, and if you feel responsible for “fixing” him, it’s time you fix your mindset and change your relationship status to single.

3. Your parents and friends decide who you should marry
A lot of people will turn down someone who’s more compatible with them in favor of someone who’s deemed more “acceptable” to their family and friends.
This is a great way to spark resentment and to end up with divorce papers once you realize that living for other people is a bad idea.

4. You ignore blatant red flags
Love does make rose-colored glasses appear, and that’s part of the reason why it’s so hard to see red flags when they show up.
Even so, it’s impossible to deny the kind of havoc ignoring clear red flags will have on your married life.

5. You go forward with the relationship even when he does unacceptable things
If he ever hit you, berated you, or seriously hurt you in any way, he’s not a man you should marry. In fact, he’s not a man anyone should marry because he’s an abuser. Run, girl and for the love of all that is holy, don’t look back.

6. You marry someone broke, with no career prospects, and no plan for the future
There are many charismatic men who make wonderful dates but are terrible husband material. Most of them have this trait in common: they’re bums. Simply put, when you marry a guy who doesn’t do career stuff, you’re marrying a very charming dead weight, and that’s a bad move.

7. You marry 'because that’s what you had to do'
So many girls marry “because they’re supposed to.”
The truth is that there are no real “supposed to” in life, and going through the motions is a good way to end up making a terrible mistake. Rather than worry about what you’re supposed to do, why not do something that you want to do?

8. You don't listen to your intuition
Did you know that a lot of women who end up divorcing their partner had a gut feeling that they knew marrying their spouse was a bad idea? It’s true. Your gut instinct is there to protect you, so listen to it.

9. You use marriage as a bandage for problems in your relationship.
No, getting married will not fix your relationship problems unless the problem you’re facing is not being married.
If you are arguing and screaming at him every night, walking down the aisle will do nothing more than just ensure you’ll have a bitter divorce.

11. You choose a spouse based on a paycheck.
Sure, money can buy a lot of things, but you have to remember that both “golden handcuffs” and “the gilded cage” are real things.
You would be shocked to see how many women regret their decision to marry on money alone and what kind of toll it takes on them. Don’t do this to yourself.