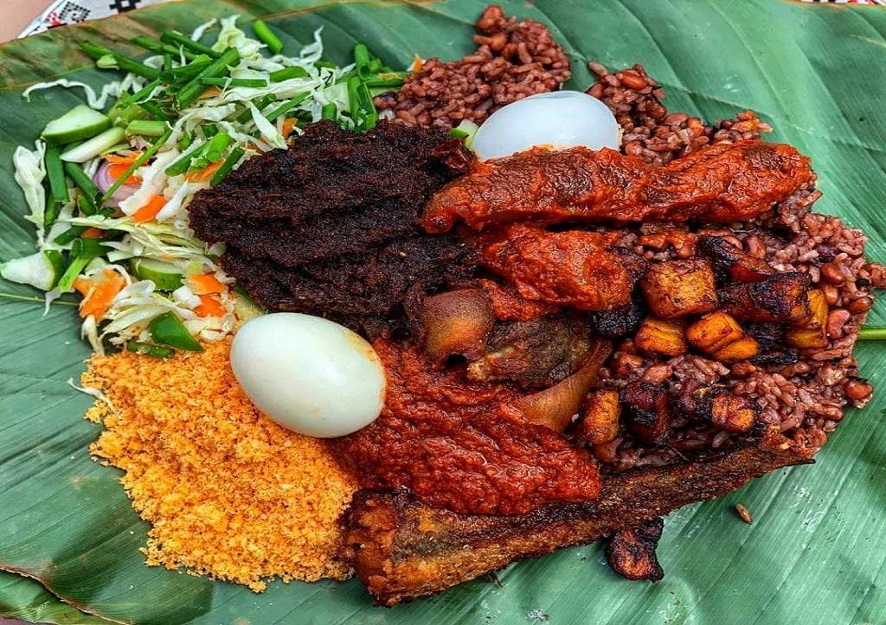 Who makes the best Jollof rice: Ghanaians or Nigerians?

This simple question is the cause of the Jollof wars, in which citizens of these nations take to social media to debate whose rendition of this originally Senegalese dish tastes best.

Although thereâ€™s no actual fight, the banter and jokes can get intense, with national pride at stake.

However, thereâ€™s another meal that Ghanaians love just as much as Jollof, but which theyâ€™re probably just trying to keep away from Nigerians. Itâ€™s called waakye.

Waakye, a dish made from beans and rice, is familiar to most Ghanaians.

This simple, nutritious meal can be found on sale all over the country, from restaurants to street food stalls.

But how did it actually come to be?

Waakye (pronounced â€˜waachayâ€™) is a combination of red or black-eyed beans and rice, and itâ€™s often served with salads, spaghetti, fried plantains, gari, meat, and fish. Itâ€™s a delicacy all over the country, and Ghanaians frequently queue at stalls to buy it for their breakfast or lunch.

Waakye originated from northern Ghana, where rice and beans are stapled food crops. However, itâ€™s not clear which specific ethnic group is responsible for pioneering this national treasure.

Depending on where itâ€™s prepared, certain variations exist in its ingredients, like the ratio of rice to beans or the spiciness of the accompanying shito (hot pepper sauce). Nevertheless, it manages to maintain a generally consistent taste.

The eating of rice and beans together is actually a common phenomenon in many cultures in the Americas, India, and other West African countries. In Brazil, it is a base dish known as â€œo arroz com feijÃ£oâ€, with which other complex meals with meats and vegetables are served.

Cameroonians however, prefer to prepare the rice and beans separately, before mixing and garnishing them with vegetables and stews.

But waakye has its own unique characteristics, thanks to the many different accompaniments itâ€™s served with. These reflect the influences of all the Ghanaian cultures that have adopted this traditional meal and made it their own.

Rice and beans can be found all over the world.

Waakye is also an excellent choice for vegetarians who want to try out traditional Ghanaian food, as it can be eaten with just salads, juicy fried plantains, and spaghetti. When bought from street stalls or restaurants, itâ€™s packaged in broad green leaves, aptly named â€˜waakye leavesâ€™.

Itâ€™s said these leaves are used to prevent the dangers of packaging food in polythene bags, but there is very little evidence to prove this.

Waakye is affordable and easy to come by. Indeed, itâ€™s the popularity of the street stalls that have helped to increase the consumption of this dish in major cities like Accra, Kumasi, and Cape. So if youâ€™re in any of these places, do try the local waakye. But remember: donâ€™t tell the Nigerians.

Originally written by Hakeem Adam and was published in April 2017.