Can your marriage survive impotence? 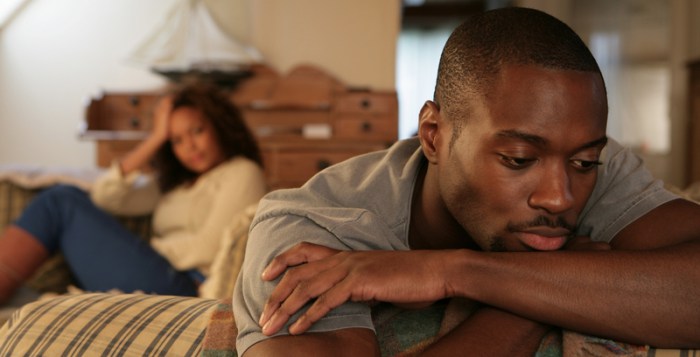 Can your marriage survive impotence?
Shares

Women have different reactions to their men’s impotence, especially when the men refuse to openly discuss it.

According to Andrew McCullough, a sexual health expert, women internalise things; the first thing a woman thinks when her man becomes impotent is to blame herself thinking it is because she may have done something wrong or no longer attractive.

Some get frustrated and despaired and fear there is something seriously wrong with their men or their marriages. Some feel they are no longer attractive or sexy enough and get frustrated.

While some suspect their men are having affairs, others actually get into extramarital affairs because ‘body no be fire wood’.

The bottom line is that life can be especially galling to a wife whose husband is impotent.

An impotent man feels inadequate and sees every bad word, action and attitude of a wife as an attack on his inability to perform and pulls back from her. 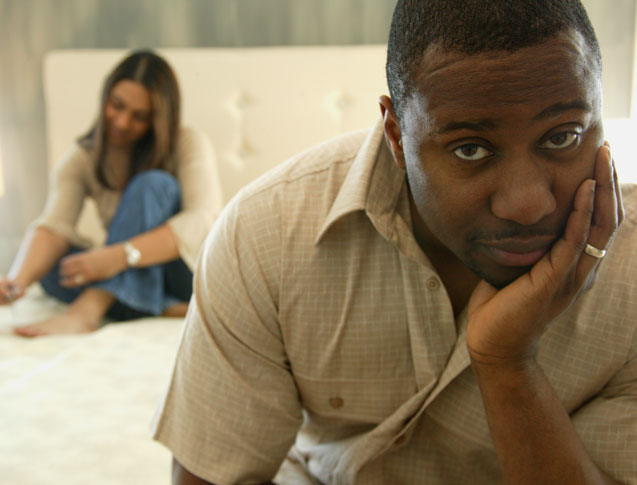 A wife sees the pull back as a confirmation that she has done something wrong and retreats even further.

Increasing levels of anxiety sets in along with the suspicion about what is going on with him, as well as continued belief there is something wrong with her.

The couple may stop communicating altogether not only in the bedroom but in all aspects of their marriage.

This makes problems worse for couples and may lead to divorce.

Will your marriage survive impotence?

Impotence is fast increasing in Ghana and everywhere.

The good news is that most cases of impotence can easily be treated because they are caused by poor state of mind.

A positive mental attitude and good lifestyle are important ways of treating impotence.

What you must never do is self-medication.

Most of the herbal concoctions and medications on the local market are actually toxic and may worsen your condition and predispose you to many diseases.

A woman must be cooperative and understanding. Don’t nag your man or take it personally because you are not the cause.

Again, don’t feel rejected or withdraw from your man because it may spell distrust.

Also, avoid putting pressure on your man to perform ‘or else...’

You must also avoid ridicule because it is a murder weapon to the impotent. You must never discuss your man’s condition with friends and relatives.

Many impotent men worry that their women may seek satisfaction elsewhere but it is important for a wife to avoid extra marital affairs.

The suspicion of a wife in extra marital affairs because of her man’s non-performance has great physiological impact and many men react violently.

On the other hand, impotence breeds insecurity which relates directly to unsatisfying marriage.

It is, therefore, advisable to have sex regularly to build your marriage.

There are many ways to give each other pleasure without penetrative sex.

Do not lose hope

When everything fails, come to terms with your condition.There are about 35 million impotent men in the United States but life goes on.

Impotence can cause a huge strain on marriage and be a marriage breaker but according to Denise Knowles, a sex expert, it does not have to be because sex is not everything in marriage and not necessarily equal to a healthy marriage.

Friendship, affection and shared history are enough to maintain a marriage in which sex is no longer possible.

Taking the pressure off your sexual relation may allow you to enjoy what you have instead of carrying the burden to create what you lack.

There are many aspects of marriage that are thriving and can unify the relationship.

Keep busy on what you enjoy doing.

Build on those aspects.

Sex and love are two different life forces, each capable of being sustained without the other.

You may fall out of sex but never all out of love.

Your marriage can and must survive impotence.