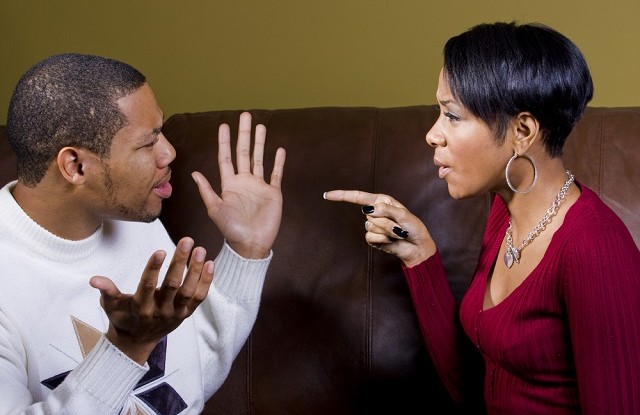 Sometimes, it's not what you say, it's how you say it.

Arguing is very normal thing among friends and even couples and sometimes be a very healthy way to resolve disputes or arguments but throwing around insults can be extremely vile because the way you speak to them can linger in their mind for a very long time even after the argument I settled.

Talk about what you're upset about, or what your partner did to hurt you, and avoid calling them names. The truth is that when we are upset, we tend to say hurtful and harmful things to our partner, but communicating the way you feel can make things better.

Moving forward, here are five things that you should not say to your partner during an argument.

Your significant other is your partner and in fact, one of the most important team in your life. Name-calling is very hostile and it won't make things and situations any better. Calling your partners names such as 'slut' 'fool' and so on won't make the matter any better, it only generates another form of argument.

2. "You are too emotional"
Telling your woman that she is too emotional is the worst thing you can ever say because there could be a million and one reasons why she is reacting in such manner. It is important that you know that she is valid for feeling the way she is, so try to be considerate of her feelings.

3. "Thatâ€™s so stupid"
These are very disdainful comments and extremely disrespectful to your partner. What you are telling your partner is that their opinion and view on the situation does not matter.

5. Digging up the past
Nobody likes it when people can't move past old mistakes or past events, so imagine how your woman would be felling whenever you have an argument and you bring up the time last month she did something you did not like. In relationships, for it to work out, learn to move past each other's mistakes especially during arguments

READ ALSO:Avoid these five mistakes while proposing the person you love