Here's why people close their eyes when kissing 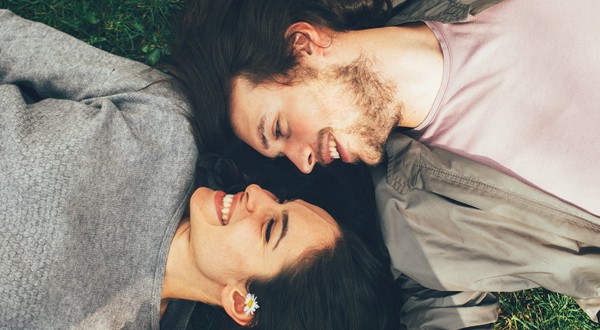 Here's why people close their eyes when kissing
Shares

Have you ever wondered why you kiss with your eyes closed? It used to be thought that people close their eyes while sharing a kiss because their vision could not focus on something as close up as the other personâ€™s face.

But scientists discovered that the brain is unable to cope with the combination of the visual data and the tactile sensation of kissing.

It could explain why you can fail to notice your phone vibrating while looking for a friendâ€™s face in a crowd, and has more serious consequences for tactile warning systems for drivers or pilots.

Tactile alerts being introduced in modern cars to warn drivers when they drift out of their lane could be missed because the motoristâ€™s brain is overwhelmed by the visual task at hand.

The study, which did not involve people kissing, suggests that to focus on such a tactile sensation, people might instinctively close their eyes.

The same idea applies to other situations involving touching, like reading braille, dancing or making love.

A scientist volunteers to perform a letter search task of either low or high difficulty, as well as responding to the presence or absence of a brief vibration delivered simultaneously to either the left or the right hand.

They found that sensitivity to the tactile stimulus was reduced when they carried out the more taxing visual search task.

READ ALSO:How to get over a crush when you are already in a committed relationship

Dr. Sandra Murphy said: â€œIt was already known that increasing the demands of a visual task could reduce noticing of visual and auditory stimuli.

â€œOur research extends this finding to the sense of touch. This is particularly important given the growing use of tactile information in warning systems.

â€œFor example, some cars now provide tactile alerts when they begin drifting across lanes â€“ our research suggests that drivers will be less likely to notice these alerts when engaging in demanding visual tasks such as searching for directions at a busy junction.â€