How to find happiness and emotional healing by forgiving 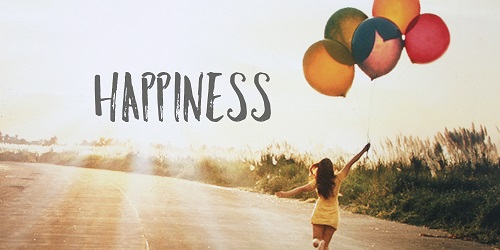 Many of us have heard the saying, to err is human but to forgive is divine. It sounds rather straight forward â€“ simply forgive and forget, right? No, not really.

Truly forgiving can be a much harder thing to do than it would seem. For some, it can feel near impossible.

Letting go of pain and anger is no easy task. Even those who feel successful in their forgiveness must occasionally revisit their commitment. Far too many views the task of forgiveness as an altruistic effort that only benefits the person being forgiven. What they fail to see is the benefits to their own health and happiness. That being said, the reality of practising forgiveness is much more complicated than simply saying, â€œI forgive you.â€

How to start the process of forgiving.

The process of forgiveness requires you to first understand that forgiving someone isnâ€™t something you can rush. It can take time, and the amount of time will vary from person to person, and from situation to situation. It will also depend on the gravity of the offense.

If you want to forgive someone you need to start with being kind to yourself and mindful of your own feelings.

If youâ€™ve been hurt you will need to work through your pain before you can really let it go and are able forgive the person who caused it. If you donâ€™t then the forgiveness you offer wonâ€™t be genuine, effective, or long-lasting. Working through your pain will take the guidance given by your faith and itâ€™s teachings, and possibly support from those you love.

You will need to separate forgiveness from approval. Just because you have forgiven someone doesnâ€™t mean you agree with or condone their actions. You arenâ€™t saying, â€œItâ€™s okay,â€ youâ€™re saying, â€œIâ€™m going to move on and allow myself to find peace.â€ They are very different.

It also doesnâ€™t mean that you allow someone to continue to hurt you. Although being forgiving has many benefits, it has many responsibilities as well. For instance, you are responsible respecting and valuing yourself by changing your circumstances and setting needed boundaries. This requires additional strength and perhaps additional support.

As you are starting the process of forgiving try using the following as a guide.

Identify your pain and put it into words.
This can be through talking to a trusted friend or family member, a conversation with a qualified counselor, or confiding in a spiritual or religious leader with whom youâ€™re comfortable. It can also be accomplished by writing about it.

Commit to moving on.
This may mean letting go of resentment and anger, or it may also include eliminating toxic people from your life.

Remind yourself that the forgiveness is for you â€“ not them.
This may sound selfish and a few steps away from divine, but itâ€™s really not. Being able to forgive and let go of your anger allows you to live the life you were meant for and to do positive and healthy things going forward. Hanging onto the pain will foster resentment and eventually take over your life. Practicing forgiveness requires strength and commitment to be the person your God intended you to be.

Remember, this process and its length are different for everyone. The good news is that the more often you do it, the easier it will become.

Holding onto pain and anger leads to many additional, larger problems. Resentment toward the person who caused this pain can become all consuming, leading to anger issues, depression, even abusive behavior. In addition, there are a myriad of health problems that can be caused by unresolved emotional strife. The stress these negative emotions cause can lead to heart problems, stroke, high blood pressure, eating disorders, and many unhealthy outcomes.

On the other hand, practicing forgiveness can counter many of these, relieving the stress and paving the way to more emotional stability and contentment. This will ultimately lead to positive behaviors that have beneficial results. There is actually a distinct correlation between being forgiving and overall well-being, both emotionally and physically speaking.

Another benefit is distinct and positive effect on your relationships. Allowing yourself to forgive, let go, and move on opens room in your mind and heart to focus and appreciate the truly important people in your life. Even more than that, practicing forgiveness has been shown to help people become more empathetic and more altruistic overall, increasing charitable behavior and volunteerism.

Forgiving can also increase your spiritual growth. There is a reason why forgiveness is considered a divine trait. Done effectively it allows you to clear your mind, focus, and connect more fully to those things that are important to you. If your faith and spirituality are one of those things, you will be able deepen that aspect of your life.

Nothing worth doing is ever easy. When it comes to forgiveness nothing could be truer. Another thing that is true, however, is that the hardest things to do often have the biggest impacts on our lives. There is no denying that forgiveness is beneficial to our emotional, physical, and spiritual health. As a result, itâ€™s also good for those around us, allowing us to operate in the world in a more productive and positive manner.

So, before you determine that something is unforgivable and allow yourself to give in to anger, a desire for revenge, or determine that resentment is simply a fact of life, take a minute to consider what you really want. After all, the other saying that we often hear is that the best revenge is a life well-lived. Perhaps itâ€™s time to go live yours.