Paracetamol during pregnancy may lead to autism

By The Ghanaian Chronicle
Category: Lifestyle 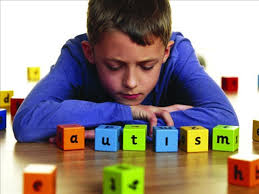 Women who take paracetamol painkillers when pregnant may increase the risk of their children developing autism or being hyperactive, research suggests.

Scientists found that children exposed to paracetamol in the womb were 41% more likely to display hyperactivity or impulsivity symptoms. Clinical signs of autism were also more numerous in boys whose mothers frequently took paracetamol during pregnancy.

The Spanish researchers looked at 2,644 mother-child pairs. They found that 43% of children assessed at one year of age had been exposed to paracetamol at some point during their mother’s pregnancy.

Dr Jordi Julvez, one of the researchers from the Centre for Research in Environmental Epidemiology in Barcelona, said: “Paracetamol could be harmful to neuro-development for several reasons.

“First of all, it relieves pain by acting on cannabinoid receptors in the brain. Since these receptors normally help determine how neurons mature and connect with one another, paracetamol could alter these important processes.

“It can also affect the development of the immune system, or be directly toxic to some foetuses that may not have the same capacity as an adult to metabolise this drug, or by creating oxidative stress.”

British experts said the results, published in the International Journal of Epidemiology, should be viewed with caution and pointed out flaws in the study.

Professor Alan Cameron, from the Royal College of Obstetricians and Gynaecologists, said: “Paracetamol is one of the most common medicines used to reduce a high temperature and ease pain, it is safe and is used routinely during all stages of pregnancy.

“It is important to highlight that from these results we cannot determine a direct link between paracetamol usage and any neuro-developmental problems. Future studies should take into account dosage as well as other possible contributory factors.

“However, women should not be alarmed by the results of this study and we recommend that pregnant women continue to follow current guidance and take the lowest effective dose for the shortest possible time when necessary.”

Dr James Cusack, director of science at the charity Autistica, said: “This paper does not provide sufficient evidence to support the claim that there is a strong association between paracetamol use and the presentation of symptoms of autism.

“Rather, the results presented are preliminary in their nature, and so should not concern families or pregnant women.” But Louise Silverton, director for midwifery at the Royal College of Midwives, said the scientists had conducted an “important study”.

She added: “Paracetamol should be used during pregnancy on medical or midwifery advice where women absolutely require something to, for example, help reduce fever.

“That said, it’s important to remember most women who use paracetamol minimally and only when necessary during their pregnancy will deliver a healthy baby.”