Pulling out is a bad idea, let's stop doing it

Pulling out is a bad idea, let's stop doing it
Shares

Pulling out, or the withdrawal during sex is a fairly common method of birth control. In fact, it's the second most popular form of birth control in the last 5 years, according to the Center for Disease Control and Prevention (CDC).

Let's face it: a lot of guys just don't like using condoms.

And young couples aren’t the only ones relying on the withdrawal method. Per a 2013 report, CDC researchers found that 60% of women also reported using withdrawal as a form of contraception.

But does pulling out actually work? What do the stats say about its effectiveness in preventing pregnancy? We dug into the numbers to find out.

The numbers don't lie: pulling out is risky as hell.

When done correctly, pulling out can actually be fairly effective in preventing pregnancy. Couples who use the pullout method perfectly have only a 4% chance of becoming pregnant within a year, according to Princeton University research.

But pulling out at exactly the right moment every single time isn’t always easy for the average guy, let alone an inexperienced teen. More often, guys fall back on the “typical use” withdrawal method or pulling out too late. And doing it this way raises a woman's pregnancy risk to 22 percent.

Plus, even if all goes smoothly, you still release pre-ejaculate during sex, which can hold a small amount of sperm—and all you need is one eager swimmer to make its way up there to spike your risk significantly. 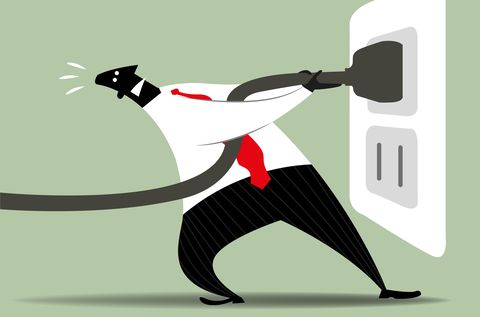 Also, keep in mind that pulling out doesn’t protect you from sexually transmitted infections (STIs). Because many STIs can be passed through skin-to-skin contact, pulling out is essentially worthless as a method of protecting yourself against them. Even STDs that are only passed through bodily fluids can still be transmitted through pre-cum and vaginal fluids, so you still need to wrap it up if you want to protect yourself on that front.

In short, if you and your partner haven't been tested for STIs recently, and you're not trying to get pregnant anytime soon, it's best to steer clear of the pullout method.

But if you and your partner both prefer pulling out to wearing condoms (or any other, more effective form of birth control), here’s what you can do to gain more self-control during sex.