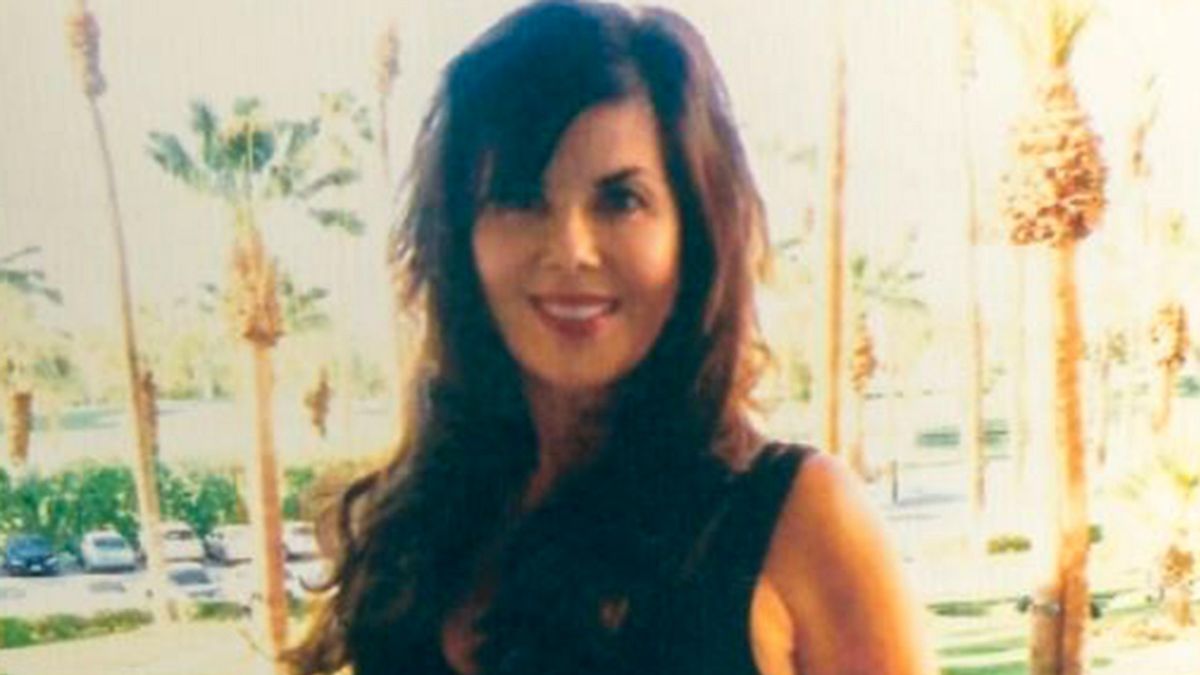 Relationships are complicated and sometimes couples stay together longer than they should, despite being far from a perfect match.

Marylou Sarkissian had been dating Jason Becher on and off for five years.

The 50-year-old, a mother-of-three who lived in Huntington Beach, California, knew Becher wasnâ€™t the loving boyfriend she deserved â€“ but something kept bringing them back together.

And each time, things only got worse.

Marylou was overprotective of everyone but not enough of herself. She was a pharmaceutical representative, while Becher grew marijuana illegally and sold it â€“ making a lot of cash.

He would keep some money at Marylouâ€™s house, where she had a safety deposit box.

Itâ€™s unclear exactly what the arrangement was but the money would become a huge issue between them. Tensions grew and eventually the relationship turned violent.

Jason Becher had a history of domestic violence

In August 2016, Marylou made her fear of Becher public when she got a five-year restraining order against him.

Then, on 28 August, she called 911. She said that Becher had pushed and shoved her into the bathroom, where heâ€™d then choked her with a towel.

Becher said an argument had escalated after they rowed about Marylou having money that belonged to him. But despite the toxic way their relationship was going, they had history together that was hard to ignore.

Marylou and Becher met up in a hotel in early November. Maybe it was a last-ditch attempt to make things work â€“ but again, it ended in violence. Marylou told the police that Becher had subjected her to another attack.

Becher texted Marylou asking for forgiveness, telling her that he wanted to â€œgrow oldâ€ with her. â€œI want to take care of you for the rest of your life,â€ he wrote. But Marylou was finally ready to walk away.

â€œWhy canâ€™t you control your violence?â€ she messaged him back. â€œMy cheek is all swollen and I have bruises everywhere.â€

Marylou told Becher, â€œYou canâ€™t terrorise me, choke me, suffocate me with a pillow and think itâ€™s OK.â€ He responded with furious voicemails demanding that she return his money.

Friends and family of Marylou knew that her relationship had turned very sour but they were about to discover just how frightened she was becoming.

Becher was leaving her aggressive voicemails, accusing her of cheating on him â€“ and stealing his drug money.

Marylou blocked him and on 1 December, she had a technician install a security system with motion-triggered cameras in her home.

That night, Marylou was at home with her dog. She had no clue that by 11pm, Becher was outside, lying in wait in her backyard. His phone records placed him there.

The next day, Marylouâ€™s family were worried that they hadnâ€™t heard from her. Then the police received word that Becher had made a confession to a relative, who had convinced him to hand himself in.

When officers went to Marylouâ€™s home, they found her lying dead in a pool of blood.

Investigators determined that Becher had tried and failed to break into Marylouâ€™s home with a crowbar. So then he waited.

Heâ€™d lived with Marylou and knew her routine. At 12.15am, she let her dog out of the sliding door to her bedroom. Becher took his chance to get inside her home.

He attacked Marylou so violently that she sustained multiple rib fractures and a broken nose. There was also evidence that Marylou had been strangled.

When the police reviewed the footage on Marylouâ€™s new cameras, they saw Becher spotting the boxes for the security system in her kitchen after the killing.

Becher could be heard saying, â€œNew home security system? How did that f*****g work out for you?â€ â€“ cruelly mocking Marylou, who was lying dead, over her failed attempt to protect herself from him.

About 30 minutes later, Becher was seen leaving with a garbage bag and it looked as if heâ€™d got changed. At his home, the police found a bag of bloody clothes.

Becher had then driven to a relativeâ€™s home in Oregon and theyâ€™d convinced him to hand himself in to the authorities. The trial finally started this year.

Prosecutors outlined the growing hostility that Becher showed towards his ex-girlfriend. The court heard the aggressive voicemails he had left her and some to her family â€“ mainly accusations about her taking his money.

The prosecution showed that Marylou had made large cash deposits for five years into a bank account she had set up for Becher.

From 2013 through 2016, Marylou had spent $261,000 more than her reported income â€“ although some of the money had come from her father and child support.

It was possible the pair had an agreement where Marylou shared in some of the drug profits, in return for helping to get the money into an account.

Becherâ€™s defence team said there was no question that heâ€™d killed Marylou but that there was never an intention to kill.

â€œPeople who plan a murder and plan not to be apprehended afterwards usually donâ€™t turn themselves in,â€ they said.

They said that Becher made hundreds of thousands of dollars selling marijuana but heâ€™d grown up in poverty and was frugal, so the money was important to him.

They also argued that he had suffered a brain injury in a car crash when he was 12 and subsequently struggled to control his temper.

The court was told Becher had simply gone to Marylouâ€™s home that fateful night to retrieve the money that was his.

Becherâ€™s lawyers argued that he acted out of rage and should be convicted of a lesser charge of second-degree murder, or voluntary manslaughter.

â€œHis plan that night was to try to talk to Marylou or get his money back, and that is all he thought of,â€ they said.

But the jury heard testimony that revealed he had a prior conviction for domestic violence against another girlfriend in 2005.

There was also the restraining order in place, evidence of threatening messages and Marylouâ€™s newly installed cameras.

Hours before the attack, Becher had told an uncle, â€œItâ€™s going to be a bad day in Huntington Beach for Marylou.â€

The prosecution said that Becher had deliberately strangled and beaten his ex to death after lying in wait outside her home.

â€œIt wasnâ€™t just about killing her, it was about making sure he got the last word,â€ they said.

In May, Becher was found guilty of first-degree murder. The jurors also found him guilty of a special circumstance allegation of lying in wait.

A month later, Becher, 46, was sentenced to life in prison without the chance of parole. The judge added another five years due to a prior conviction for domestic violence against another victim.

â€œMr Becher, it is still not lost on the court that as you sit here before us itâ€™s as if nothing here fazes you,â€ the judge said.

Â â€œYou have not shown one bit of remorse. In fact, you look as though you donâ€™t even understand the seriousness of this offence.â€

Marylouâ€™s family said they were relieved there was finally justice but frustrated that despite going to the police about Becherâ€™s behaviour, Marylou had still died at his hands. They said the system had failed her.

Tragically, Marylou had tried her best to protect herself but, in the end, the cameras that were supposed to keep her safe would only capture her harrowing final moments.