A letter to Akufo-Addo: Citizens we shall remain; not spectators 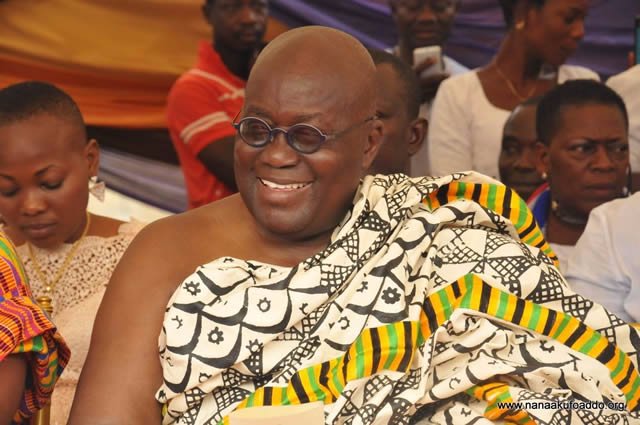 I write this personal epistle to you Nana Akufo-Addo, president of Ghana.  Hope you find it worthy. I listened, read and wrote about your inaugural speech. I was inspired! I took home with me many phrases of inspiration from your speech . I felt proud. Not only because your oratory and presentation skills are peerless in our current democratic dispensation but because for a long time, i never felt a sense of sincerity and conviction in the utterances of the public officers who made them.

Even when you were choking through the speech, i could have sworn, i sympathized with you, cringing in my seat just as your teary wife did on the dais. And when you recovered from the stormy cough to end that great speech I said to myself this is once again a demonstration of the steely determination that got you up there when many had said you will be down there, never to be president.

I got home tired but refreshed only to hear, that portions of your great speech had been plagiarized. I was embarrassed.

I listened to the words of George Bush played side-by-side with yours on Joy FM and I was let down. I went to facebook and you were all over the place trending, not for your wonderful delivery, confidence and determination but for a plagiarised material.

Every status on facebook for  a moment had something on plagiarism. On Whatsapp and telegram it was worse! Every group I belonged to, had people either defending you or tearing you into shreds. And this is your first day at work. You have four more years, at least.

But I went back to listen to the words you plagiarised. Not the one belonging to Bill Clinton but the one made by Woodrow Wilson which was also plagiarized by George Bush.

Then it all made sense.  You called for citizens, not spectators! Citizens, not subjects. There you have it. The millions tearing you apart are the citizens!  Even if they are doing so with malice, they are still the citizens. Even if they are NDC, they are the citizens. They are the ones who will put you on your toes and remind you of the promises you made to free this country from the shackles and evil claws of corruption. This country's resources have been raped, plundered, the citizens insulted; the rule of conscience assassinated for so long that we cannot afford to have another four or eight years of your humble subjects licking your boots or your paid spectators watching you with love.

If I feel embarrassed by your plagiarism, this is why because i expect better from you. The baptism of fire you have received from the Ghanaians should tell you, we expect better.

I am tired of mediocrity. Hope you are too! Change the situation, or you will be changed together with your government. This is your citizen! I am a part time journalist and a full time patriot of Ghana.