I caught my wife red-handed 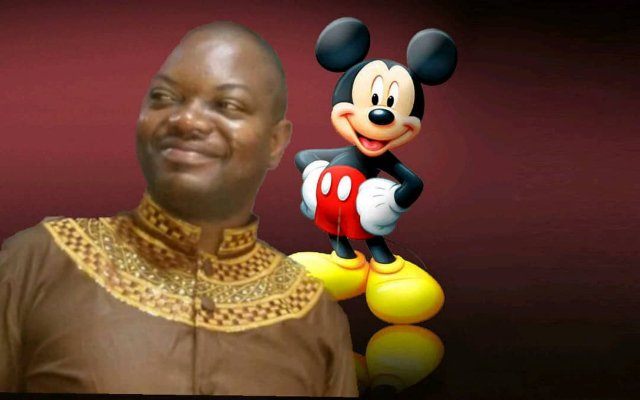 Fear women o, hmmmm! I was lying on my bed with mobile phone in hand chatting sweetly with one of ‘those things’ of mine.My wife was in the kitchen cooking and needed me to help her to grind pepper but I gave her an excuse that I was sending some official information to my Boss via whatsapp.

A few minutes later, the lights went off. Prepaid finish! Then she requested to use my mobile phone torchlight to guide her in her culinary exercise in the kitchen. I reluctantly gave it to her but made sure I stood by her to use only torchlight because my phone had no password. For reasons best known to me and some other men, I had to stand on her neck in the kitchen till she finished cooking.

Unfortunately for me, just when I’d wanted to take my phone away from her, someone called me on my yam phone. By the time I had finished talking with the person to join my wife in the kitchen for my whatsapp phone, I caught her red-handed reading all my whatsapp messages on my phone. Lord God have mercy! I caught her la and when I screamed ‘Jesus’, she only smiled and gave the phone back to me and served me food. I couldn’t eat.

My expectation was that she was going to first confront me per what she saw. Up till now, she is still not asking me anything so that I can explain myself la first lying that I was April Fool in advance even though it was 29th March. I can’t sleep o. She should just confront me let me be free er.

READ ALSO:Sharing a joint bank account with your man, wise or not?

This is the true power of a woman but if she had confronted me there and then, I would have been empowered to use takashi to lie to her so that she will rather start feeling guilty and start apologizing!Now I dey fear am sef!

If only women know the power they possess er, the guilt that would pile on the heads of men can virtually kill us. Women, confront us o, so that we can lie to you and be free from guilt!

Today is April 5th and March salaries have also come…and gone! Let’s pray for the unemployed oo. Those of us going and coming sef, we no dey see top and then some don’t expect anything at all at the end of the month. Hmmm! If you have a job, no matter how small the salary is, go down on your knees and say ‘God, God bless you for giving me a job’.

One of the killer moments of an unemployed person is to wake up in the morning and not knowing where to go; the day becomes very long and hardly ends!If you have a job, it is not because you are better than those who are unemployed o but it is because GOD’s GRACE AND FAVOUR have found you! You are there walking guy guy as if you are the best man in town. Na God o, yoo! Thank Him! May God give the unemployed persons jobs before the end of April in Jesus’ name I pray! Just proclaim it and believe!

Last Monday April 1, marked exactly 25 years of what happened to me at the secondary school.

Come to think of pranks of ‘April Fool’ those days in Achimota, my name often came into sharp focus and I almost invariably succeeded in victimizing my colleagues and even some Tutors. Anytime April 1st approached I would quickly plan a prank ahead of time but would not even talk about it as if I had forgotten about the ‘Silent Half-Day Festival’. You know that kind of serious look you put on your face when you are with your wife and you see a pretty lady passing as if you no lak am…. ehern, that one some!
Some of my mates who fell victim to my pranks in the past would not want to get close to me on the eve of April 1st but would often forget before I get them in my snare again.

Never did it occur to me that one of my closest friends and victims, Kwaku Abban had also carefully planned the next one together with some ‘accomplices’ to pay me back in a grand style before I completed school that year.

It was one fine morning and we were preparing to write our mock exams the following week. Kwaku Abban came to my dorm with a cloth that was familiar; apparently it belonged to my mother. I was taken aback. My instincts were triggered. It is worthy to note that Kwaku and I were neighbors at Zongo Junction, Madina. For a moment, I was confused but tried in a few seconds, albeit in futility, to regain my composure. Panting, he handed me the cloth and here was the message from Kwaku: “I went home early this morning for money from my Dad and saw your mother being rushed to the hospital in a taxi. This cloth I supposed is your mum’s fell off without their knowledge and so I decided to pick it up and let you have it and possibly find out what was happening”. I nearly collapsed!

There was nothing like a mobile phone then to even check from whoever. Convinced it was for my Mum, I picked it up and quickly dashed for Korle-Bu without knowing the hospital or health centre in question. I got to Korle-Bu Polyclinic and headed for the nearest ward and this was the silly question I asked one of the nurses “I am looking for my mother who was rushed here some two hours ago, have you seen her?”

In a confused state I even forgot to mention what her name was but eventually got the name for her. She quickly checked from the records and my mum’s name was nowhere to be found. She then advised me to check from the nearest hospital. It was then I remembered to go to our family hospital, Ridge. On meeting the nurse on duty at the entrance to the emergency wards, I asked another silly question in a similar fashion. The answer she gave me stupefied me but never gave me the slightest hint it I was being tricked into an ‘April Fools’ day prank.

I had no other option but to rush home to ascertain what was happening. I got home only to see my Mum pounding fufu with light soup on fire. Wow! What a dream! “Could it be that I have been fooled, or maybe she has been treated and discharged and only recuperating fast?”, I asked and consoled myself (quietly).

“Oh Fowofo, you are home, how is the rehearsal going?”, she asked and I was wondering what kind of rehearsal she was talking about. She explained that ‘Kwaku came home to say you sent him to come for a particular cloth for you to rehearse with towards your school’s founders’ day celebration cultural durbar and I picked this nice one for you’. Of course she didn’t understand my sudden change in countenance.

Immediately it occurred to me it was April 1st. But it was already 10.45am and I had only a few months to leave the walls of the school. I was wondering whether there could be another opportunity to outwit my buddy-buddy’s prank on me. I didn’t utter a word even though my mum insisted I ate the fufu with tegli soup.

I went back to school since my house was quite close to the school. On reaching the boarding house, all the boys led by my house master, ‘high-handed Woover’, a one time victim of mine, started giggling and laughing uncontrollably.

“Oh Mawuli we are sure from today onwards you would not try April Fool on anybody in this school or elsewhere again”. I only heard Kwaku in the background sarcastically playing ampe with Asuo, another victim of mine just to welcome me back from my ‘trip’. I lost energy and the thought that I could further suffer a punishment for leaving the school without exeat further worried me.

As I thought of which other opportunity would present itself for me to revenge, I was reminded by myself that that was my last April in the school and could therefore not beat this Kwaku Abban’s record.

But trust me I unleashed more than this at the university and with some of my victims having to travel long distances they never believed they could go particularly those who liked girls and had to travel from Legon to Tek on April 1st only to realise they have been hoaxed!

Corporate Ghana, beware of April 1, 2020, God willing. When I send you a message informing you that His Excellency PrezNana Akuffo Addo wants you to meet him immediately at the Jubilee House with his pair of spectacles which I would then give to you anyway, wouldn’t you fall prey?
Fear me! Hahaaaa!