Is independence of Auditor-General sacrosanct? - A critical review 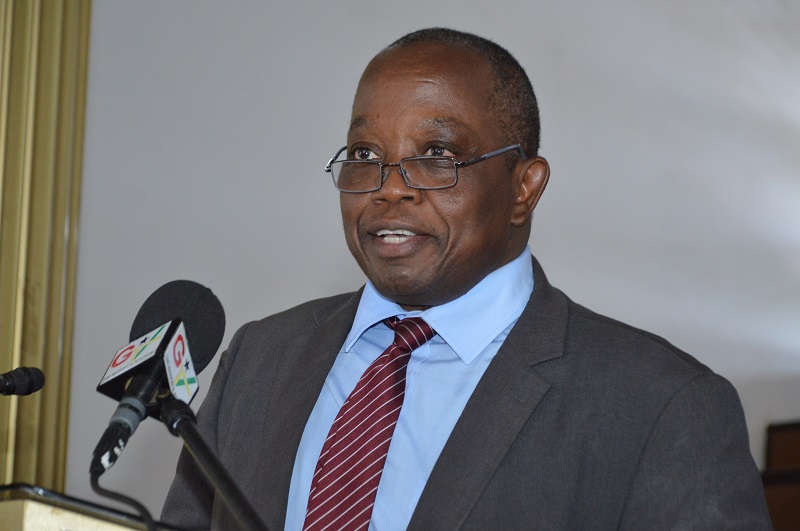 The conflict and impasse of the A-G, the Chairman, and Board of Ghana Audit Service.

Obviously, this appointment influenced the turn of events culminating in unresolved conflict, as it did not take long for the A-G to request the President’s intervention through a petition dated July 27, 2018, to the President with the complaints on Board Chair.

• In the absence of the A-G, the Board and its Chairperson interfered with the audit process of NHIA by instructing a Deputy Auditor-General (DAG) to invite the audit team to a meeting.

• The Board invited a Deputy AG to discuss the audit of Metropolitan, Municipal and District Assemblies’ (MMDAs) liabilities without the knowledge of the A-G.

• The Board Chairman wrote a note to the board members and the secretary and attached audit observations which unlawfully ended up with Citi FM.

• The Board Chair instructed two Deputy A-Gs to replace approved firms with his own choice after approval had been obtained from the PPA.

• The Chairman submitted several recommendations to the Board including the need for the A-G to receive a written approval from the Chairman before traveling overseas which amount to the “Board members clothing themselves with non-existent powers in their bid to control the A-G unconstitutionally.”

• The transfer and posting of Audit Service Staff by the Board to Districts which the A-G thinks may feel may adversely impact on the performance of his mandate. Complaints of the Board Members against the Auditor-General. A counter petition dated 6 August 2018 addressed to the President and signed by the other board members of the Audit Service, also alleged that the A-G has been disregarding laid down procedures in the discharge of his duties.

• The A-G cancelled a planned meeting to resolve all differences but without Board’s knowledge. The A-G rebutted that the Board had already complained to the Secretary of the Presidency by 25 July and hence found it fruitless to attend the meeting to be held on 30 July.

• The A-G’s refusal to notify the board of his official trips abroad - The A-G explained that he wrote to the office of the President and copied the Board through the Secretariat.

• A-G’s penchant for making public statements that were sometimes embarrassing and inimical to the Service and safety of the staff;

• Publication and distribution of Audit Reports without recourse to the board as prescribed by law – The A-G responded that the report of 2016 had been published before the Board was sworn in. The Board’s copy of 2017 audit report had been sent to the Board secretariat for circulation to the members.

• The A-G’s lack of accountability and transparency as the A-G told the Board members that they cannot audit the A-G.

• A-G’s non recognition of the Board’s role – The A-G rebutted that it is the extended role they want to play like posting and transfer of audit staff.

• A-G recently procured some vehicles without board approval and went ahead to distribute the vehicles. - According to the A-G, the budget estimates for 2018 had the vehicles approved by the Board and signed by the chairman.

• The A-G has stated emphatically that he is not answerable to the Board and will ignore decisions of the board. –The A-G confirmed that he would not obey any instruction which is contrary to law or inconsistent with the Constitution.

• The A-G’s refusal to attend board meetings requiring his attendance for quorum and also preventing a deputy DAG - according to the A-G, he has to know which matter or agenda that is being discussed before the delegating the most competent person to represent him.

As recounted by the 1968 Constitutional Commission, the personnel of the Audit Department were, prior to independence, recruited by the Colonial Office in London.

This ensured the creation of an independent Audit Service as the Service‘s report was submitted directly to the Colonial Office through the Director-General of Audit.

The 1968 Constitutional Commission noted that, in practice, there were political interferences and control by the Ministry of Finance, among others, although in theory, the A-G’s Department was not supposed to be under any Ministry.

Besides, the practice was for the A-G’s report to be debated by a Public Accounts Committee of Parliament, chaired by a prominent member of the opposition.

This practice was, however, discontinued as the Chairman and members of the Public Accounts Committee became exclusively government members.

In the absence of an opposition party in the National Assembly, the public lost confidence in the reports of the Public Accounts Committee, and there was usually no effective follow-up action on the reports.

As a way of removing the A-G’s Department from political and governmental control, the 1968 Constitutional Commission recommended the appointment of an independent Auditor-General who was not subjected to the control or direction of any person or authority.

The Auditor-General was given the power to audit all public accounts without exception and given free access to all books, records, returns, and other documents relating to those accounts.

The Auditor-General was given further power to disallow any item of expenditure which was contrary to law and surcharge any persons responsible for such items of expenditure.

Further, to insulate the Auditor-General from excessive executive control, an Audit Service with a Board was also established.

These recommendations by the 1968 Constitutional Commission became Articles 135 to 137 of the 1969 Constitution.

Articles 187, 188, and 189 of the 1992 Constitution maintained the 1969 Constitutional provisions establishing the Office of the Auditor-General, the Audit Service, and the Board.

Sections 2 and 3 of the Audit Service Act 2000 (Act 584) outlines the members of the Service as the Auditor-General and the other persons employed in the Service and entrusts the governing body of the Service to the Board respectively, whose membership are in accordance with article 189(1) of the Constitution.

It must be noted that the definition of governing body is “a group of people who formulate the policy and direct the affairs of an institution in partnership with the managers.”

The functions of the Board of Ghana Audit Service

Articles 189(2) and (3) of the Constitution empower the Board, in consultation with the Public Service Commission (PSC), to appoint officers and other employees of the Service, other than the A-G, and determine the terms and conditions of service of such persons, and by constitutional instrument, make regulations for the effective and efficient administration of the Service.

Section 4 of the Audit Service Act 2000 repeats the functions of the Board as follows, in consultation with the Public Services Commission:

(a) determine the structure and technical expertise required for the efficient performance of the functions of the Service;

(b) ensure that the auditing activities of the Audit Service as spelt out in this Act are carried out in accordance with best international practices;

(c) appoint officers and other employees of the Service other than the A-G; and

From the above provisions, it can be argued that the Board is responsible for the governance of both human and financial resources of the Service.

Functions of a Board as stated in the Companies Act 2019

The above provision of a normal Board seems to be where the issues of confrontations or challenges are emanating from between the A-G and the Board of the Audit Service.

In the case of the A-G, he has a specific constitutional mandate and is protected from control by any person or authority in the performance of this function as provided by Article 187(7) of the 1992 Constitution and reproduced in section 18(1a) of the Audit Service Act 2000 Act 584.

In the performance of his functions under this Act or any other law the Auditor-General shall not be subject to the direction or control of any other person or authority.” Consequently, the Audit Service Board has no authority over the A-G.

It is important to note that the A-G is an integral member of the Board and in his absence, there is no quorum without his authorized representative.

As part of the functions of the A-G as captured under Article 187(3), for the purposes of subsection (1), the Auditor-General or any person authorized or appointed for the purpose by the Auditor-General shall have access to all books, records, returns and other documents including documents in computerized and electronic form relating to or relevant to those accounts.

According to the A-G, with 6 Deputies A-Gs, he had to know which matter or agenda at a board meeting to enable him to delegate the right person to represent him in his absence.

The Parliament of Ghana plays very little role in the appointment of the A-G, which contrasts with international best practice.

In other countries, Supreme Auditors are officers of Parliament who carry out work on behalf of Parliament, and who are accountable to Parliament.

There are inconsistencies in the 1992 Constitution regarding articles 187, 188 & 189 that establish the Office of the Auditor General, the Audit Service, and the Audit Service Board, respectively. A critical review is required to ensure better collaboration between three functions.

The situation on the ground now shows that something is not right, and therefore, imposes an urgent need to right the wrongs.

So, how can professionals come together and join the CSOs and the media with the sole aim of safeguarding the independence of the A-G as well as helping the A-G to effectively perform his mandate as imposed on him by the Constitution.

The time to act is now, this call to action is for the auditing and accounting profession.