Some accolades for Mahama, too! 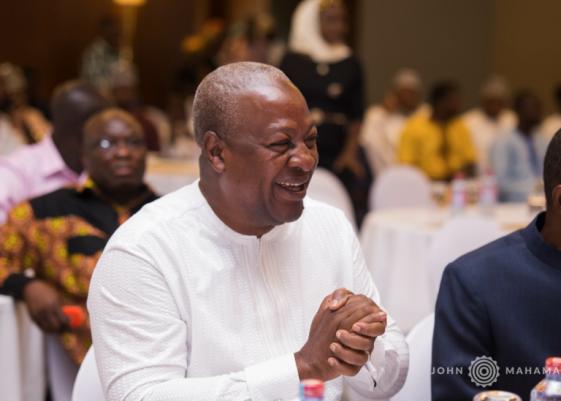 After my recent post about how splendidly Nana Akufo-Addo is handling the coronavirus crisis, some NDC wise men, foot soldiers and benighted buffoons have been baying for my blood, calling me all sorts of names â€“ from an inept, hired journalist applauding a fish for swimming to a complete blockhead lacking in analytical skills.

None of that was unexpected. So I take it all in great stride.

The NDCâ€™s unofficial but highly inflamed beef against me is that I mentioned in my previous post that Nana Addo was handling this unprecedented crisis â€œpretty darn well, considering that those before him performed so abysmally when confronted with relatively minor crises like â€˜dumsorâ€™.â€

Of course, Mahama is one of those who came before Nana Addo. But heâ€™s not the only one, is he?

There was Rawlings. There was Kufuor and there was Atta Mills. Â They all faced (or created) one power crisis or another with varying severity.

The power crisis from about 2012 to 2016 was, however, the worst many of us have experienced and so itâ€™s not surprising that itâ€™s the freshest in our memory. Itâ€™s therefore equally unsurprising that the NDC folk are taking my reference to it as a jab at their leader. Thatâ€™s perfectly reasonable.

But some foot soldiers can be very unreasonable and only God knows what they might try to do to me when they meet me on the streets on the way to the KVIP. So to assuage their anger, Iâ€™ve decided to just take a few minutes of my precious lockdown time to chronicle some of the many great things Mahama did while in office so that, you know, the accolades will be shared â€“ even if unequally. I donâ€™t want anyone to be left out.

So here are just five of Mahamaâ€™s monumental achievements whiles he was previously employed by us to do Nana Addoâ€™s current job:

Thereâ€™s a lot more I can write about Mahamaâ€™s achievements. But there isnâ€™t much space and I donâ€™t have a lot of time. I hope that with the few Iâ€™ve mentioned here, I have adequately assuaged most of the NDC people baying for my blood, even though I know that a few ungrateful ones would insist that this is not enough.

To these ingrates, let me point out that if I had a vote, Iâ€™d gladly place my thumbprint next to Mahamaâ€™s photo. But then Iâ€™d tear up the ballot paper before placing it in the ballot box.

To those who believe that I write only what Iâ€™ve been paid to write, please, Iâ€™m waiting for the payment for this glowing fluff Iâ€™ve just written for Mahama. I accept bank transfer, Mobile Money, World Remit, Western Union, ExpressPay, PayPal, motorbikes, shaving creams, sanitary pads, toilet rolls, Ford Explorers, Airbuses, coconut juice, roasted plantain and even umbrellas. Please, let me know what you want to pay me with, when and how. In this lockdown, man make wild. And Nana Addoâ€™s money is finished, anyway. It was small and it only lasted for (ahem!) a short while.