I belong to the Kufuor faction - NPP’s Paul Afoko

Suspended national chairman of the New Patriotic Party (NPP) Paul Afoko has reinforced assertions that there are factions within the Danquah-Busia-Dombo tradition and he belongs to the Kufuor one.

Zanetor Agyeman-Rawlings is not known, contrary to perceptions that she is popular. That is the assertion of the main opposition New Patriotic Party’s (NPP) Klottey Korle parliamentary hopeful Philip Addison. 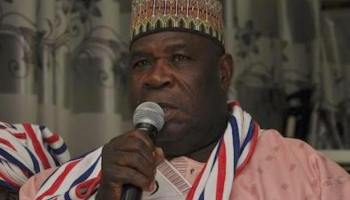 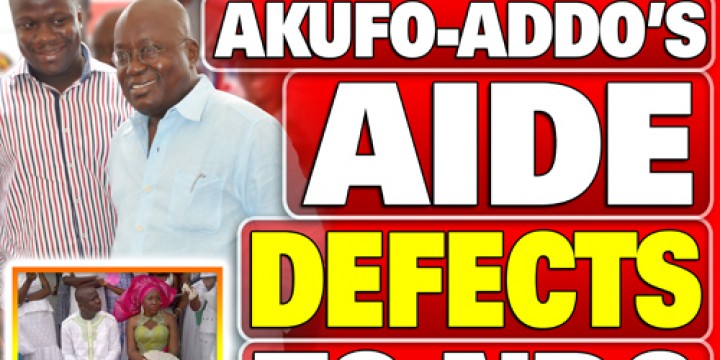 Has anybody wondered about the whereabouts of garrulous aide of Nana Akufo-Addo, the twice defeated presidential candidate on the ticket of the opposition New Patriotic Party (NPP), Samuel Abu Jinapor and younger brother of the Deputy Minister for Energy and Petroleum, John Abdulai Jinapor?

Mr. Samuel Abu Jinapor, who had some frostiness in his relationship with the man he once loved to defend to the hilt, has rejoined the National Democratic Congress (NDC), as a result of President John Dramani Mahama’s charm on him and his family backed by their Gonja connections.

Insiders, attributed the defection of Mr. Jinapor to mistrust for him within the NPP, especially Nana Addo’s kitchen cabinet, made up of his many cousins from Kibi and Akropong-Akwapim, all in the Eastern Region.

Despite his many exploits within the NPP, Mr. Jinakpor, was accused of being a mole in the NPP, silently working for his Gonja brother, John Mahama and the NDC during the 2012 Electioneering Campaign.

Though he stayed on, he was completely ostracized during the Election Petition hearing at the Supreme Court for fear that he would be leaking Nana Addo’s legal strategies to NDC and John Mahama’s team of lawyers, led by Tsatsu Tsikata and Tony Lithur, respectively.

Sometime last year, the garrulous politician surprised many, especially NPP supporters by marrying the daughter of the Deputy Minister of Fisheries and Aqua Culture in the Mahama government, Mr. Nayon Bilijoe at a colourful private traditional ceremony in the North and followed it up with another colorful wedding at the University of Ghana Campus, Legon–Accra.

The marriage, The Herald learnt from the NPP circles, confirmed Nana Addo’s cousins’ position that, Mr. Jinapor has always kept ties with his mother party, the NDC. Indeed, prominent NPP friends of his stayed away from the holy matrimony.

Prior to this, Mr. Jinapor, had voluntarily abandoned his law lectures at Ghana School of Law to campaign for Nana Addo during the 2012 election. Classmates say it took divine intervention for him to pass his exams, and be called to the Bar as a lawyer.

Mr. Jinapor, nicknamed “Old Man” by his family, once an activist of the NDC, is the son of Abudulai Jinapor, an ex-Police officer and Chief of Buipe in the Northern Region, who has close ties with President Mahama.

According to Haruna Mahama, a former students’ activist and a member of the NPP, who took Mr. Jinapor into Nana Addo’s folds, has always maintained that Mr. Jinapor, has been suspected of leaking the NPP’s campaign strategies to the NDC which contributed to the defeat of Nana Akufo-Addo.

Haruna Mahama, took Mr. Jinapor to Nana Addo after Steve Amoah, had enticed him at the Kwame Nkrumah University of Ghana (KNUST), to move from the NDC and join the NPP, using a minister in the John Kufuor government, Dr. Richard Winfred Anane, who was very generous.

The Herald, was informed that Mr. Jinapor having realized his lapses of youthful exuberance, sought forgiveness for his incessant verbal attacks on President Mahama after the 2012 elections through the father’s phone at Buipe in the North.

Again, The Herald learnt that at a point, Mr. Jinapor wanted to travel to South Africa, where President Mahama was on a holiday, to personally apologize for his inactions against him.

It would be recalled that during the heat of the December 7 elections, Mr. Jinapor held a press conference in the Ashanti regional capital, Kumasi and described President Mahama as “myopic, visionless, reckless, irresponsible, petty-minded, and self-seeking tribal politicians, who has lost the battle of issues and so resorting to fanning ethnocentrism in the country”

In other instances, he bellowed that President Mahama, had nothing to offer Ghanaians, saying “the President is recklessly driving Ghana back onto the road now abandoned by countries like Rwanda and Kenya, the dangerous road of tribal politics and we the young people of Ghana are cautioning him to stop this useless tribal politics”.

Meanwhile, other family sources, have also revealed to The Herald that Mr. Jinapor’s senior brother, John Jinapor, Deputy Minister for Energy and Petroleum is eyeing the Yapei Kusawgu Constituency seat for the NDC, hoping to displace the incumbent, Amadu Seidu, Samuel Jinapor, has been warned to go slow on the criticism of his brother’s government.

Mr. Samuel Jinapor, is not alone when it comes to the accusations of spying for the Mahama government. Prior to the 2012 Presidential elections, big personalities in the NPP, who are from the Northern Region, were disturbingly accused of spying for the NDC, leaking party strategies to them.

The Herald was unable to speak with Samuel Jinapor. Several calls to his phone went unanswered. Text messages to his MTN phone were also not responded to since last week, Saturday.

A member of the Electoral Commission’s National Election Steering Committee, Joseph Whittal, has rejected allegations that he should be withdrawn from the committee because he is a known loyalist of the incumbent National Democratic Congress (NDC). Mr. Whittal told citifmonline.com, he is also not a card bearing member of the NDC as alleged by his critics.

The Electoral Commission says it will not disrupt the 18-member Steering Committee it set up to play what it says is a key role ahead of the November election.

The Electoral Commission (EC) says it will not dissolve the 18-member Steering Committee it set up to play what it says is a key role ahead of the November election.

The National Democratic Congress (NDC) has described the Founder of the International Central gospel Church (ICCG), Mensah Otabil, as a threat to national security and a secret supporter of the opposition New Patriotic Party (NPP).

The New Patriotic Party (NPP) has said it is “ludicrous” on the part of the government to enter into a deal with Smarttys Production to brand buses with pictures of president John Mahama and other former leaders of the country.

The New Patriotic Party’s (NPP) Parliamentary Candidate for the Cape Coast North Constituency in the Central Region, Barbara Asher Ayisi, escaped an alleged attack on Saturday after a man entered her house with a knife, a hammer and other weapons supposedly to attack her. The suspect according to reports, was severely beaten before police came to his rescue.

The stripped winner of the NPP Korle Klottey parliamentary primaries Nii Noi Nortey has vowed not to participate in a re-run of the polls as ordered by the party’s National Executives.

The Centre for African Democratic Affairs (CADA) has said the Electoral Commission’s (EC) effort to sanitise the voters register by deleting multiple names from the Voters Register was unlawful and illegal.