2020 budget : Address the plight of the average Ghanaian - Ato Forson to Finance Minister 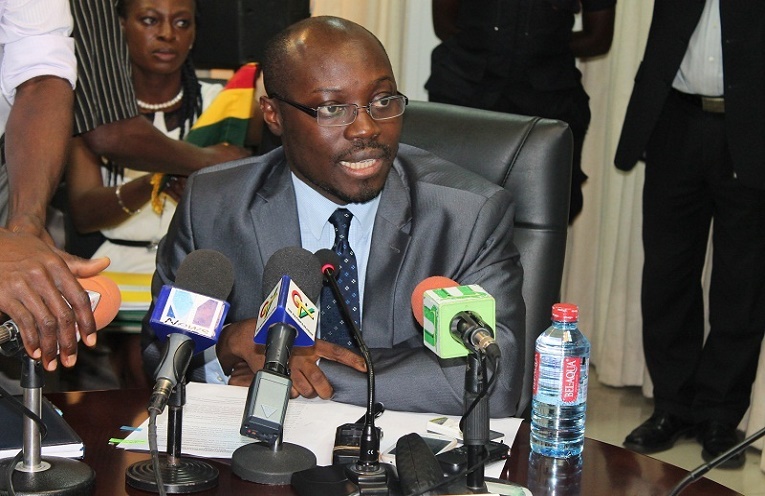 The Minority in Parliament has tasked government to institute measures to alleviate hardships facing Ghanaians as Finance Minister, Ken Ofori-Atta prepares to present the 2020 budget statement on November 13 2019.

According to the NDC, the economic conditions in the country are dire and has left most Ghanaians worse off and as compared to the era of the NDC administration.

Speaking at a news conference in Accra today, the Minority spokesperson on Finance Cassiel Ato Forson called on the Finance Minister to address the needs of Ghanaians during the 2020 budget presentation

''Government in the year 2017 decided to extend the national fiscal stabilization levy of 5% to December 2019 to lessen the plight of the Ghanaian businesses, we entreat the government to honour its promise of shifting from taxation to production by not seeking a renewal of the national fiscal stabilization levy. We will like to appeal to the President through the Finance Minister to use the opportunity to address the plight of the suffering of the average Ghanaian who cannot keep up in the increase in taxes such as communication service tax,tariff increases and increase in water taffis and not to come to the floor with the usual slogan,we inherited the mess in 2017''.

The Minority has also accused the government of planning to massage figures in the upcoming2020 budget to be presented in Parliament.

According to the Member of Parliament for Tamale South Haruna Iddrisu, Finance Minister Ken Ofori-Atta will manufacture figures to deceive Ghanaians into thinking that the economy is healthy.

“We know that the Finance Minister is preparing to come to Parliament with some … massaged numbers in order to justify that he is doing well,” he alleged.

He said the Akufo-Addo government “is quick to disrespect” known values and laws such as the Public Financial Management Act, 2016 (PFMA) and the Fiscal Responsibility Act and, thus, asked Ghanaians to be vigilant and hold the government accountable.

The Minority leader was of the view that there are some acts of mismanagement undertaken by the Akufo-Addo-led administration, including numbers that are being hidden from donors, from the International Monetary Fund (IMF) and the Ghanaian public, which will allow him (the Finance Minister) to have cooked numbers in order to justify the deficit he wants to sell to the Ghanaian people.