4 arrested by Police at NPP office at Effiduase 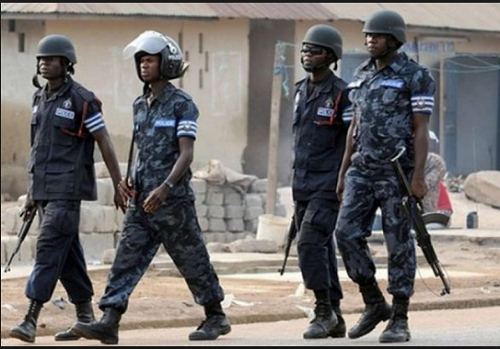 4 arrested by Police at NPP office at Effiduase
Shares

Some four persons have been arrested by the police after a scuffle emerged at the constituency office of the New Patriotic Party (NPP) at Effiduase in the Sekyere East District.

Their arrest was as a result of an attempt by some youth suspected to belong to the camp of the District Chief Executive of the area, Ms Mary Boatemaa Marfo, tried to lock up the constituency office after a botched ‘vote of no confidence’ in the DCE.

The four are suspected to be supporters of the DCE who stormed the party office with the intention of evicting the party executive and lock up the place.

The supporters were angry at the executive for allegedly supporting those trying to cast a vote of no confidence in the DCE.

There was an assembly meeting on Tuesday, April 2, 2019, this was an attempt by a section of the assembly members to cast a vote of no confidence in the DCE but that was interrupted when other assembly members secured an injunction against the process.

This forced the assembly to call off the meeting and the party executive had to return to the constituency office.

Arrest of 4
At the party office, a group of young men tried to lock up of the offices but this was fiercely resisted by the constituency Secretary, Mr Kwame Ampratwum.

This led to a scuffle between the two groups and in the process one person sustained injuries while some properties were also destroyed.

It took the intervention of the personnel from the district police command to restore law and order at the party office.

Mr Ampratwum later told the media that the attempt to lock up the office was orchestrated by the DCE.

He alleged that the attackers were known supporters of the DCE who had earlier on besieged the assembly and castigating them for trying to oust the DCE, who he alleged had been involved in some procurement malfeasance.

Ms Marfo would not speak to the media on the issue.