Akufo-Addo commends Mahama for his gracefulness 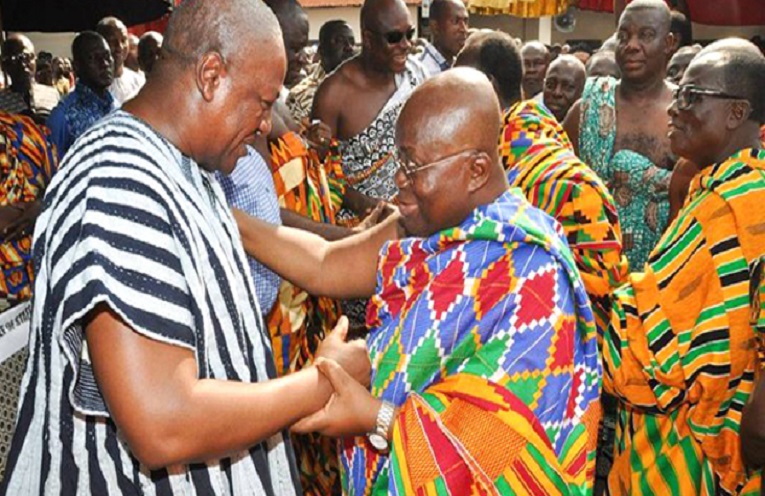 Former President Mahama called Nana Akufo-Addo to concede defeat even before the Electoral Commission (EC) declared him the victor by over one million votes.

This gesture, coming against the backdrop of Gambia President, Yahya Jammeh's decision to rescind his earlier concession after an electoral defeat has been high commended.

Speaking at the Independence Square on Saturday after taking his oath of office, President Akufo-Addo described Mr Mahama as a man who steered the affairs of the nation with conviction.

According to him, “Mahama has contributed to the democratic consolidation of Ghana” and would be remembered for his gracefulness and the manner he accepted the 2016 presidential elections.