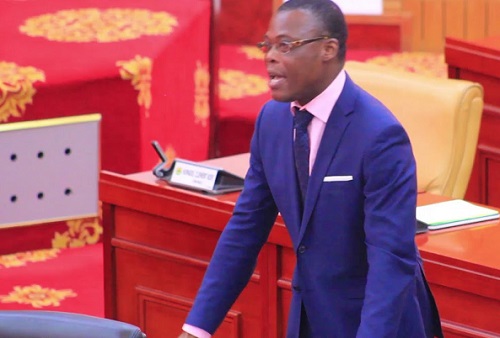 Fiifi Kwetey the Member of Parliament for Ketu South Constituency, Volta Region says President Akufo-Addo has been dishonest when he said he is unaware of any form of intimidation in the voter registration exercise.

The President addressing Islamic worshippers in Kumasi last Friday said he is not aware of such incidents.

However, Fiifi Kwetey says the President's comment is an indication of dishonesty adding that incidents of military deployment and alleged intimidation and attacks clearly shows NPP's desperation to hold on to power.

"I am not impressed at all, if you know the history of Akufo-Addo, you will know that even in 2008 when things became heated, people in his party were making plans to dump dead bodies in Volta Region. History shows that whenever he is desperate for power the people he chooses to attack are Voltarians which is totally unfortunate. For him to be denying knowledge of intimidation not only are we dealing with people desperate for power but we are also dealing with someone who does not even have the honesty to accept wrongdoing"

The President in the Ashanti Region addressing issues pertaining to the ongoing exercise said: “What I have heard is that the exercise is going on smoothly in Asawase and Asokore-Mampong, we thank God for that. That is the most important thing to us all to leave in unity and peace."

Over the weekend there was an issue of alleged intimidation at Banda District in the Bono Region.

Soldiers in Banda blocked a road in the area preventing some individuals in a KIA truck from entering the town.

The National Democratic Congress (NDC) have already accused the military personnel of preventing people from registering in Banda but the GAF the deployment followed a request by the Bono Regional Security Council (REGSEC)..