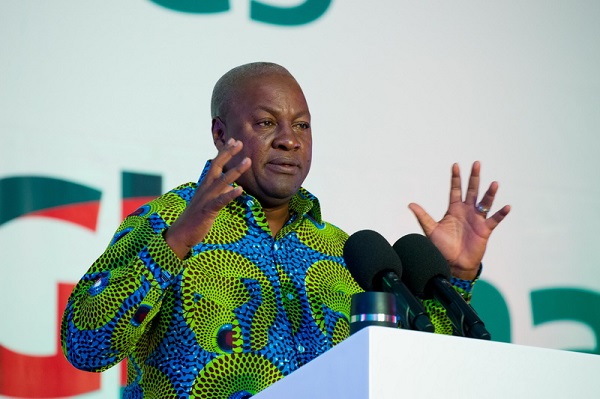 The NDC flagbearer who is on tour in the Central Region has brushed off the claims by the NPP that they have created more jobs than the NDC did.

Mahama says many Ghanaians are jobless due to mismanagement by the NPP government under Akufo-Addo and he will get the nation back to its feet if elected president.

"He has failed to provide the social and economic infrastructure that people need and at the same time, he has killed more jobs than he has created so where are the one million jobs NPP claim to have created, aside some artificial jobs and youth employment which was there before they came, NABCO is the only thing they added. Companies have collapsed as a result of the closure of banks, more than 10,000 people have lost their jobs due to the collapse of banks and other financial institutions."

The opposition National Democratic Congress (NDC)  says it will create jobs when voted back into power.

They have provided details about how it will implement its promise to create one million jobs.

Addressing a press conference in Accra on Wednesday, October 14, 2020, Communications Officer, Sammy Gyamfi, said a crack team of policy experts in the NDC will adopt a multi-sectoral strategy to ensure that the promise is fulfilled.

It will be recalled that Vice President Dr. Mahamudu Bawumia claimed that the Akufo-Addo government has so far created more than two million jobs.

According to him, the ruling New Patriotic Party (NPP) has placed the youth at the forefront of Ghana’s development since assuming office.

The Vice President further stated that the Akufo-Addo government has supported youth-owned enterprises and initiatives, as well as students in business.