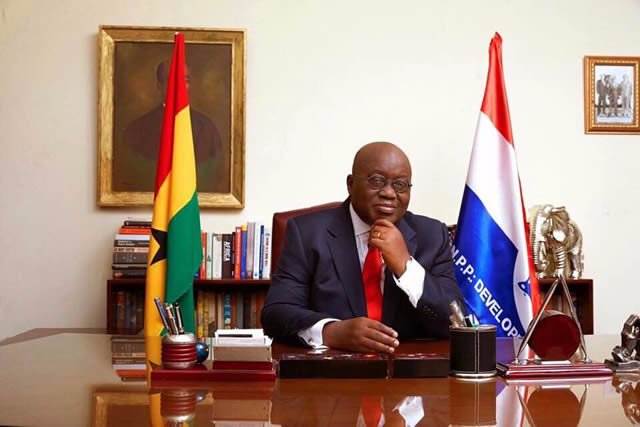 Even before President-elect Nana Ado Dankwa Akufo-Addo makes public the list of people to serve in his government, there is specualtion about those appearing on the list.

The preisdent-elect has so far named Alan Kwadwo Kyerematen as his Minister of Trade of Trade and Industry and hinted of appointing MP-elect for Nalerigu, Hajia Alima Mahama, as a minister in his government without mentioning any portfolio.

But according to the Daily Guide newspaper, a list they have sighted suggest Mustapha Abdul Hamid, who is currently a spokesman for Nana Addo; Ursula Owusu-Ekuful, Member of Parliament (MP) for Ablekuma West; Otiko Afisah Djaba, National Women’s Organiser for the New Patriotic Party (NPP);  Kwasi Amoako-Attah, MP for Atiwa East and Kwaku Agyemang-Manu, MP for Dormaa Central are in the run for appointments.

Mustapha Hamid has been pencilled for the position of Minister for Information while Ursula Owusu-Ekuful would go to the Communications Ministry as Minister and Otiko Djabah likely to be made the Minister of Gender, Women and Children Affairs.

It is believed that the MP for Atiwa, Kwasi Amoako-Atta, is being considered for the position of Minister for Roads and Highways while his colleague MP for Dormaa Central, Kwaku Agyemang-Manu has emerged as likely to be appointed the Minister for Health.

Also on the card for consideration is Manhyia North MP, Dr Mathew Opoku-Prempeh, popularly called Napo, who is said to have been penciled down for the position of Minister for Education with Hajia Alima Mahama – who has managed to win the Nalerigu seat for the party – also scheduled to become the Minister for Environment, Science and Technology instead of the Local Government and Rural Development as earlier speculated with two-time MP for Okere and former General Secretary of the NPP, Dan Botwe, likely to be appointed the Minister for Local Government and Rural Development for his broad knowledge of the country and grassroots politics, and the for Bimbilla, Dominic Nitiwul, expected to be appointed Minister for Defence.

Sources have it that he is likely to appoint Peter Amewu as Minister for Lands and Forestry, the newpaper reported.