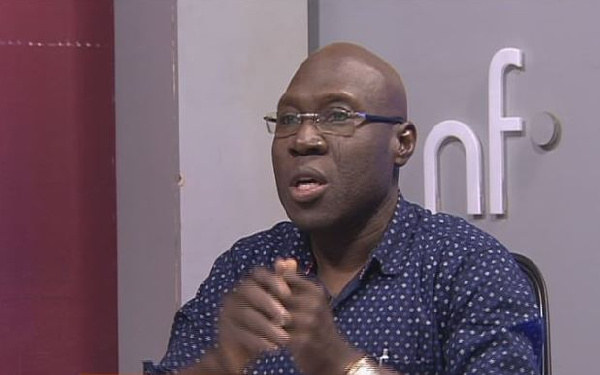 Inusah Fuseini a Ranking Member on Parliament’s Constitutional and Legal Affairs Committee believes Justice Dotse should have gotten the nod ahead of Justice Anin-Yeboah as the next Chief Justice.

According to him, Justice Dotse is a senior on the bench and should have taken over from the current Chief Justice Sophia Akuffo who is due for retirement in eight days.

Although disappointed in his nomination, Mr Fusieni has congratulated Justice Yeboah urging him to leave a legacy by reforming Ghana’s legal education should he be confirmed by the House.

“It is appropriate to congratulate Justice Anin-Yeboah because it means that the President has some level of confidence in his abilities to steer the affairs of the judiciary as Chief justice.

“I have known Anin-Yeboah, I have appeared before him when he was in the Court of Appeal before I came to Parliament and I know he has a deep appreciation of the law. With regards to legal education, Justice Dotse when he appeared before the Committee said it was behind in planning, so I expect him to lead the reform,” he said.

But Justice Dotse was my preferred candidate because he is the most senior on the bench.

“In their ranking, he is senior to Anin-Yeboah. At the time that they were appointing Sophia Akuffo, Dotse’s name came up forcefully. I was made to understand that the Chief Justice who is retiring was going to serve a short term and probably after that term, Dotse will be considered. I am disappointed because it means that the chances of Dotse are fore-closed because he is older than Anin-Yeboah, he said.”

First Deputy Speaker Joe Osei Owusu who made it known in Parliament Thursday said the letter from the President defending the nomination said Justice Dotse and Justice Anin-Yeboah were called to the bench on the same day, hence the concern of Justice Dotse being senior was flawed.

He said an emergency meeting has been called to agree on the vetting date.

“For many of us who are watchers of the judiciary, this is expected. His intelligence, his knowledge of the law and his integrity on the bench is quite well known so I am not surprised at all. At the Appointments Committee, he will get the opportunity to show the kind of person he is. The statement that Dotse is senior needs to be verified because I know for a fact that they were appointed on the same day.

“They were classmates, they were appointed the bench the same day, the court of appeal on the same day and to the Supreme Court the same day. But at the bar if your name is mentioned first, you are a senior, if I am mentioned second, it makes you a senior to me but it was on the same day. So I don’t think those complaining have any legitimate concerns to raise,” he said.