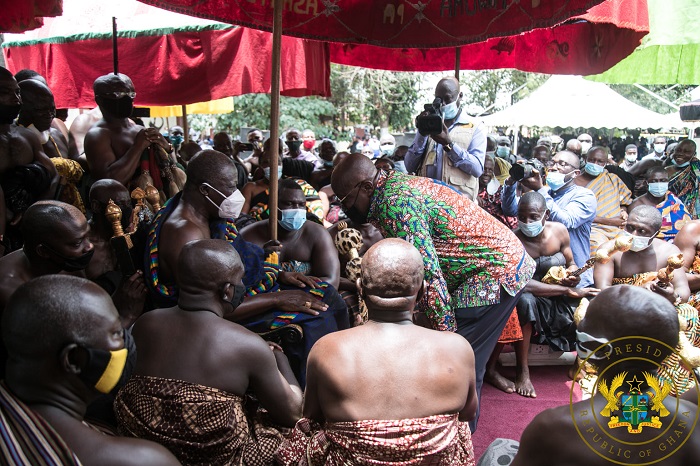 This was after the President paid a courtesy call on him at the Manhyia Palace on September 28, 2020, at the commencement of a 3-day working visit of the Ashanti Region.

The Asantehene addressing a durbar said the good works of President Akufo-Addo will speak for him ahead of the December polls.

He also thanked him for his continuous visit to Manhyia, both as an opposition leader before the 2016 elections and as President of the Republic.

To this end, he stated that “Your good works in office will speak for you going forward into the election. We, in Asanteman, remember, we do not forget. Asanteman will, therefore, remember your good works on election day. All I can offer you is prayers and blessings.”

Even though Chiefs and traditional rulers are not to engage in partisan politics vote, the Asante noted that “we vote. We will vote based on the good works of the candidate.” 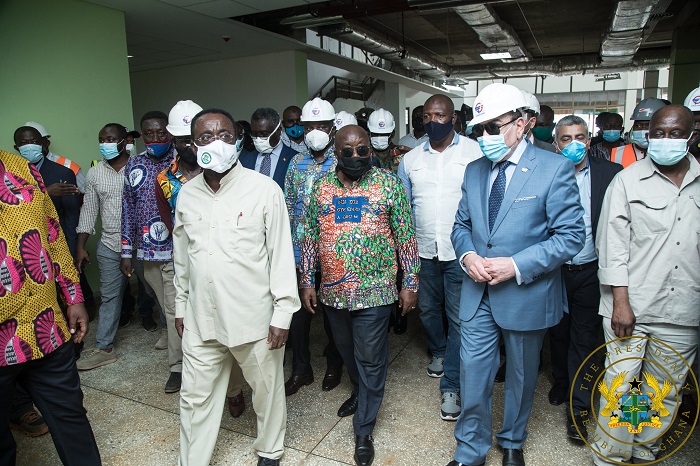 Otumfuo Osei Tutu II, thus, urged President Akufo-Addo to direct his communicators and information dissemination machinery to “tell Ghanaians exactly what his Government has done and what is being done” in their respective communities, in the run-up to the December elections.

The President then thanked the Asantehene and Asanteman for the warm accorded him and his delegation on their arrival at Manhyia.

He explained that the purpose of his visit is officially to introduce himself, once again, to Otumfuo Osei Tutu II, as the New Patriotic Party’s presidential candidate ahead of the December elections, and to seek his blessings for the contest.