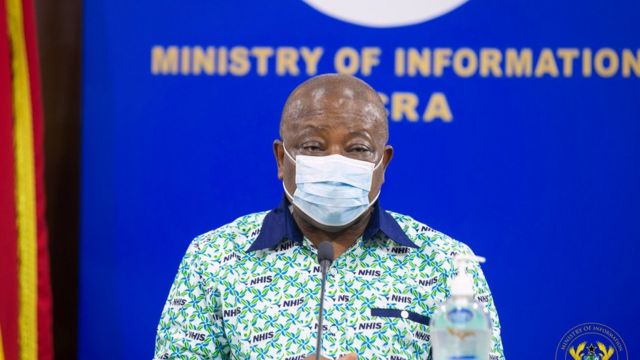 The Speaker of Parliament Alban Bagbin has given the Health Minister Kwaku Agyemang Manu two hours to appear before Parliament or risk possible sanctions.

He is expected to appear and answer some questions raised by a Minority Member of Parliament.

He failed to show up and Majority Chief Whip Frank Anor Dompre explained that the Minister was engaged in other activities outside Accra but Minority Chief Whip Muntaka Mubarak insisted that the reasons given were no satisfactory.

READ ALSO:Â I don't belong to any party because Iâ€™m Ghana's Speaker- Bagbin

Mr Bagbin said he will not take the excuse given by the Majority Chief Whip and then proceeded to order the Health Minister to appear before the House in the next two hours.

"We don't take any person by surprise, questions are filed, process and sent to the Ministers and for them to appear on certain dates to answer the questions so the Minister for Health is aware he needed to be around today, the reason he has given is completely disrespectful, I direct that he appears before the House within 2 hours, failure to do so the necessary sanction must be applied".

Member of Parliament for Dorma Central Hon. Kwaku Agyeman-Manu was appointed Health Minister by President Akufo-Addo for the second time since in his tenure.

Hon Kaku Agyeman-Manu, who was the Chairman of the Public Accounts Committee in the immediate past Parliament holds a BA in Economics and Statistics from the University of Ghana.

He was the acting ceo of the National Health Authority in 2006, and also the deputy Minister of Finance and Economic Planning under the Kufour administration, 2001 to 2008. He also worked as a financial Controller, Toyota Ghana Company LTD, Accra.