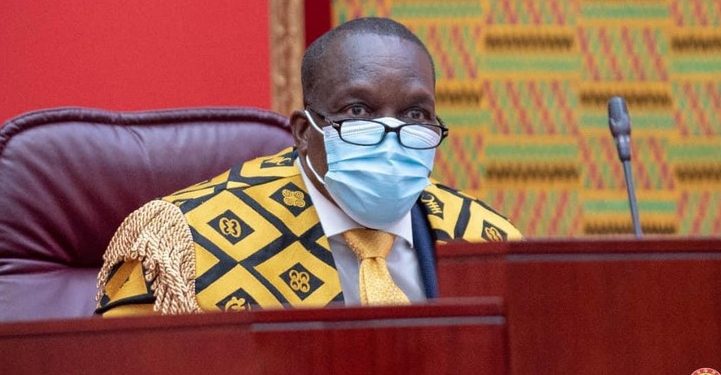 The Speaker of Parliament, Alban Bagbin has broken his silence on allegations made towards him and some NDC leaders in Parliament by Sammy Gyamfi, the National Communications Officer of the party.

Mr Gyamfi hit out at Tamale South MP, Haruna Iddrisu and Asawase MP, Muntaka Mubarak, and Speaker of Parliament, Alban Bagbin and claimed they betrayed the party by approving some Minister-Designates he felt should have been turned down.

Mr Bagbin commenting on the matter said he isnâ€™t going to do the bidding of any political party as the Speaker of Parliament.

Mr Bagbin thus assured Ghanaians that he would discharge his duties as required by law.

â€œAnd, so, if you sit down and look at me and think that maybe you were my girlfriend before [and, therefore] I should give you an advantage over another who Iâ€™ve never met, please, then donâ€™t come to me; you wonâ€™t get it. Letâ€™s finish; after work, we can do that business together. Not when Iâ€™m working. Thatâ€™s my nature; thatâ€™s how Iâ€™ve been up to this time and, so, itâ€™s unfortunate that these things are happening,â€ he said.

This issue has led to Former Deputy General Secretary of the National Democratic Congress (NDC), Koku Anyidoho hitting out at the Chairman of the party, Samuel Ofosu-Ampofo.

Mr Anyidoho says Mr Ofosu-Ampofo's silence on the matter is an act of cowardice.