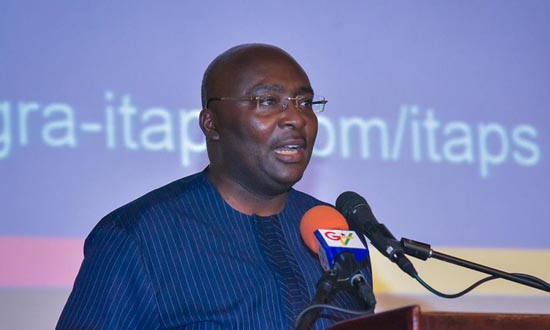 The Northern Youth for Peace and Development (NYUPED) has declared support for Vice President Dr. Mahamudu Bawumia to lead the New Patriotic Party (NPP) in the 2024 presidential elections.

The Group said Dr Bawumia was well accepted in both Christian and Muslim communities and would be the best candidate to lead the New Patriotic Party (NPP) as the flagbearer in 2024.

Addressing a press conference in Accra on Tuesday, Mr. Prince Adams, the Executive Director, NYUPED, expressed concerns about an alleged campaign against Dr Bawumia’s image, which rendered his personality as “redundant and inconsequential” in the Party.

He asked those against the Presidential prospects of Dr. Mahamudu Bawumia for 2024, to desist from such campaigns and allow for a level playing field in the run-up to the Party’s national congress.

READ ALSO: The only way NPP can build consensus is for Akufo-Addo to step down in 2023 for Bawumia - Ephson

Mr Adams stressed that the Youth of the Northern Region had decided to take up the challenge to defend and prove to all that, Dr Bawumia was the one suitable to take over from President Nana Akufo-Addo.

“There is no general rule of first-come, first-serve in the leadership of the Party, or a convention on which ethnic or religious group assumes a position or role. The rule is that the most competent person is placed ahead of his competitors,” he stressed.

The Executive Director stated that, in the current political dispensation, nobody should set aside Dr. Bawumia because the effect of such a decision would spell an electoral disaster for the NPP in 2024.