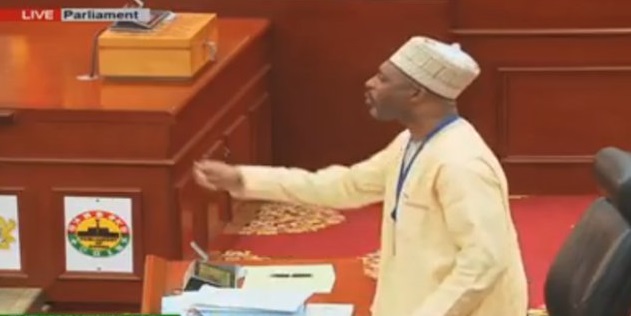 The Minority in Parliament has called on the leadership of the House to put pressure on the newly appointed Supreme Court judges to submit their Curriculum Vitae (CV).

Member of Parliament for Asawase, Mohammed Mubarak Muntaka indicated that it has been three weeks since the appointment of Justice Lovelace Johnson, Justice Mariama Owusu and Justice Gertrude Tokornoo but the Committee is yet to receive their CVs.

According to him, undue hold-up of the appointees' CVs will adversely affect the work of the committee.

“If we do not get it in good time, we will not be able to do any meaningful work,” he said on the floor of the House, Friday.

The President, Nana Addo Danquah Akufo-Addo on November 11, 2019, appointed the three judges to the apex court bench from the Court of Appeal.

The appointees, pending government’s approval, will replace three justices who are on retirement or are due for retirement by the end of the year.

Addressing the House, Mr Muntaka called on the Speaker of Parliament, Professor Mike Oquaye to ensure the Appointments Committee get the CVs.

“Mr Speaker, this is a great concern, the public is watching us, the earlier we get the CV the better,” he added.

But the Deputy Majority Whip, Mathew Nyimdam said, the CVs have been submitted to the leadership and the committee will receive the same by close of the day.