Cassiel Ato Forson: All you need to know about new Minority Leader 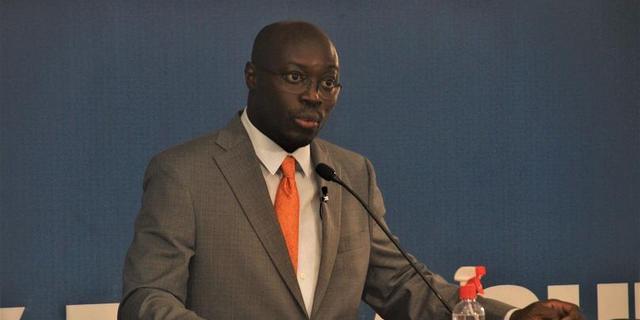 Dr Cassiel Ato Forson is the new Minority Leader after the National Democratic Congress (NDC) changed its leadership in Parliament.

The MP for Ajumako-Enyan-Essiam is taking over from Tamale South MP, Haruna Iddrisu who has been serving in such position since January 2017.

In its statement signed by NDC General Secretary Fifi Kwetey, Kwame Agbodza becomes the Chief Whip for the opposition side and will be deputised by Banda MP, Ahmed Ibrahim and Ada legislator, Comfort Doyo Ghansah respectively.

Explaining the reasons behind the changes, the chairman of the NDC Johnson Asiedu Nketia said it is part of the party’s reorganisation process ahead of the 2024 polls.

He added that the 2024 polls will hinge on the economy hence the decision.

“The 2024 election is going to be fought around the economy, so the debate is basically going to be about the economy. So if you are a serious party fighting to win an election. You must put your best foot forward to win the debate”.

Below are 10 things to know about Dr. Ato Forson:

1. Dr. Cassiel Ato Forson is an Oxford-trained Ghanaian MP who is in his fourth term and a highly accomplished professional with over two decades of experience.

3. Dr. Forson is also a chartered accountant and a Fellow of the Chartered Institute of Taxation, Ghana.

4. His professional career has been marked by influential roles in Ghana’s public sector, including as Deputy Minister for Finance from April 2013 to January 2017, a member of Ghana’s Economic Management Team, a Board Director of the Bank of Ghana, a Board member of Ghana Cocoa Board, and Ghana’s Alternate Governor at the International Monetary Fund (IMF) and the World Bank.

5. His expertise was also brought to light when he chaired the Committee that implemented the Ghana Integrated Financial Management Information System Reforms (GIFMIS).

6. In 2008, he was elected as the Member of Parliament for the Ajumako-Enyan-Essiam Constituency. Since then, he has worked tirelessly to better the lives of his constituents.

7. He has championed many initiatives related to quality education, health care, job creation, and poverty alleviation.

8. As ranking member on the finance committee, he led many crusades to protect the public purse including the rejection of the obnoxious electronic transactions levy and the infamous Agyapa deal.

9. Throughout his career, Cassiel Ato Forson has been a strong advocate of good governance, transparency, and accountability.

10. He is widely respected in the Central Region and across Ghana for his dedication to the service of his country and his constituents.