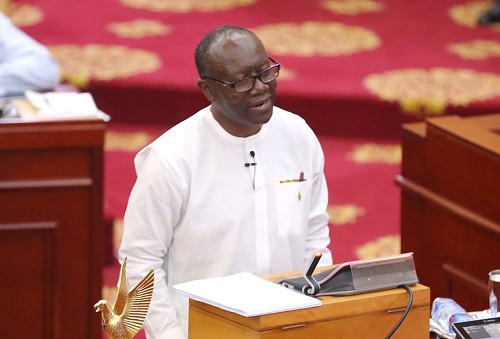 The Minority in Parliament is expected to move a motion that seeks to censure Finance Minister, Ken Ofori-Atta later today.

The debate and vote on the censure motion today, Thursday, November 10, 2022 follows the expiration of the seven-day notice the constitution mandates.

This motion, if passed, will compel President Akufo-Addo to sack Ofori-Atta.

The National Democratic Congress (NDC) MPs accuse the Finance Minister of acting outside the powers of the office and largely blame him for the country’s current economic woes.

The Minority Caucus have been urged to be present during the vote of censure in other to get the required number to have the Finance Minister removed from office.

Due to this, the leadership of the New Patriotic Party have also directed the Majority Caucus to abstain from the scheduled vote of censure being sought by the Minority Caucus against Ofori-Atta.

The governing party believes the vote of censure is “ill-intended and aimed at derailing government’s efforts at resolving current socio-economic upheavals.”

However, Minority are confident their Majority colleagues will join them in the vote to remove the Finance Minister Ofori-Atta from office.