Cocoa farmers were better off under Mahama than your administration - Minority tells Prez. Akufo-Addo 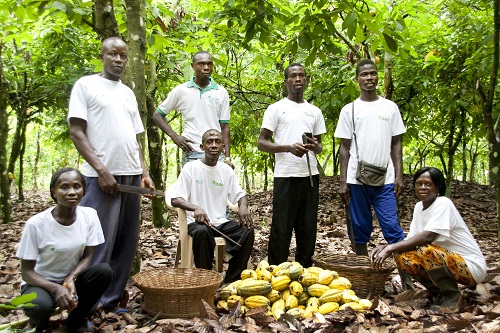 The Minority in Parliament has told President Akufo-Addo that cocoa farmers in the country were better off under President Mahama and NDC than his administration.

The Minority in a press conference on July 25, 2019, were responding to the President's comment that cocoa farmers are now reaping bumper benefits and are better under his administration than there were under NDC and Mahama.

At the press conference, the Ranking Member on Food, Agriculture and Cocoa Affairs, Eric Opoku said:

Mr Opoku also said the needs to admit that he has failed cocoa farmers in Ghana.

“As we speak, the producer price of cocoa has remained static at GHS475 for three consecutive years. This is despite the fact that there has even been astronomical escalation in prices of fuel, building materials, food commodities and other goods and services, coupled with the fact that farmers now have to purchase fertilizers which were hitherto given for free.”

In addition, the Minority accused President Akufo-Addo of having a “lack of sympathy for the plight of the poor cocoa farmer.”