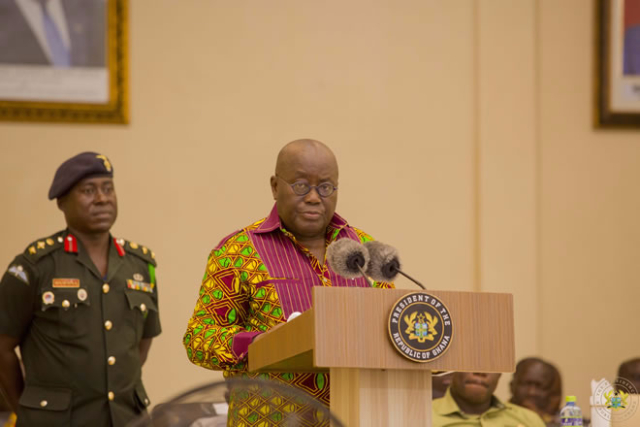 President Akufo-Addo will soon embark on his first ministerial reshuffle since he was sworn in on January 7, 2018, the General Secretary of the New Patriotic Party (NPP), John Boadu, has confirmed.

John Boadu described the reshuffle as “limited reshuffle” but added that, some minister will lose their job.

Mr. Boadu was speaking on TV3’s New Day on Wednesday.

He said finding a replacement for the ousted Energy Minister, Boakye Agyarko will mean some ministers will be moved around ministries and in the process; some will be booted out completely.

Mr. Boadu could not give further details on the impending ministerial reshuffle which will be President Akufo-Addo’s first since assuming office on January 7, 2017.

“Some few ministers may not come back to their post”, he added.

Currently, the Lands and Natural Resource Minister, Peter John Amewu, is acting for the Energy Ministry after the substantive, Boakye Agyarko was sacked for his alleged involvement in the new AMERI deal.